Racing To Hungary For The Formula 1 Grand Prix

Budapest wasn't somewhere which initially jumped out at me when I was planning a surprise trip for my wife, Kara's 40th birthday. I'd always had the impression that it was a stag and hen party destination and not somewhere that a couple like us would enjoy. However, having spent three nights there at the end of July 2018, I couldn't recommend it enough. What a beautiful, vibrant and diverse place it is. It was Kara's love for F1 and Lewis Hamilton that gave Kane the inspiration to book a trip to Budapest for her 40th birthday surprise.

Many people reading this, will no doubt wonder if there was a selfish reason for my choice of destination on the same weekend as the Formula 1 Grand Prix was set to take place there, but it just so happens that one of Kara's big passions is Lewis Hamilton, which is why I chose Budapest. The availability of local flights, as well as the city's hosting of one of the oldest races in the current F1 race calendar, made it a perfect choice, as well as giving me plenty of Brownie points with my wife! 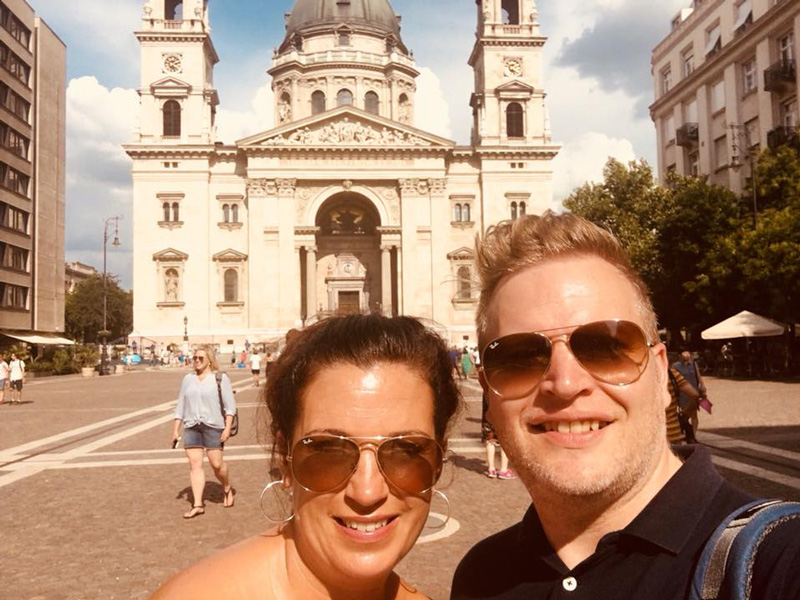 Kara and Kane made the most of their trip to Budapest by taking in all the magnificent architecture that the city has to offer.

We arrived in Budapest on Friday morning, fresh from East Midlands Airport and after a couple of glasses of the fizzy stuff, both at the airport lounge and in the air, we were ready for a weekend of celebrations. We were met by our chauffeur, who efficiently delivered us to our hotel, which was situated right next to the Opera House on the 'Pest' side of the city. The location of our hotel was wonderful, being so close to everything which was fantastic, especially as we were only to be staying in the city for a short time.

Exploring was easy and we were able to walk to most of the city's attractions, but due to the temperature being around 34 degrees, we made use of the handy and extremely easy-to-use metro system. With only four main lines, even being colour blind, I had no problems in planning and executing a journey on the metro. 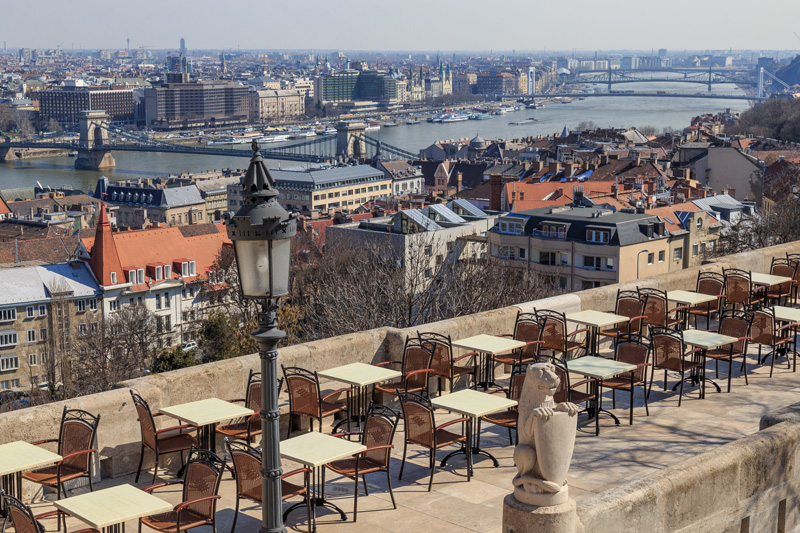 Having a bite to eat al fresco while enjoying one of the most spectacular views over the River Danube as we tucked into some tasty traditional Hungarian cuisine was a real highlight of our stay in Budapest.

The ruin bars were another great highlight of the city; we literally stumbled across them while exploring. The ingenious idea to make a bar from unused, old and dilapidated buildings has become extremely popular in Budapest over the past ten years. These are dotted around the city and can be a little tricky to find, however are a real must see and sample!
​
We ate on the banks of the Danube, where you will find some delightful restaurants with stunning views over the river to the 'Buda' side. Doing this at dusk was spectacular. The city has a real buzz about it wherever you go but, at the same time, seems really relaxed with its beautiful architecture and history, holding a fascinating appeal for everyone.

One thing that I would definitely recommend is a boat trip; this allowed us to see so much of the city, giving us a real insight into the historical importance of Budapest to this region over the years. St. Stephen's Basilica was just breath taking, as were the views from the top. 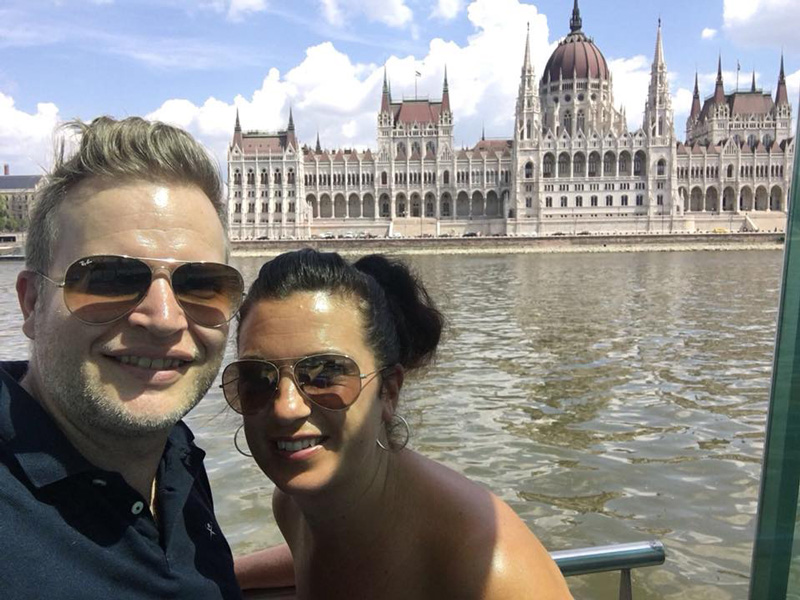 As Kane and Kara didn't have long to explore the city, they recommend going on a boat trip to see as much of it as possible. St. Stephen's Basilica was one of their favourite attractions.

Of course, this was all a bonus for us, given that the main reason for our visit was to see the racing. For any Formula 1 fan, this is a circuit to go to. The Hungaroring is only 20 kilometres away from the city centre and can be reached really easily by taxi, bus and train. We opted for the taxi to the circuit, which cost €35, and then got the train back which cost about €3 each. The taxi journey allowed us to take in a little local knowledge from our driver, Balazs. It was definitely worth booking in advance, as he was able to look after us personally and as he was from one of the licensed taxi companies, it meant we could agree the price of the journey in advance. 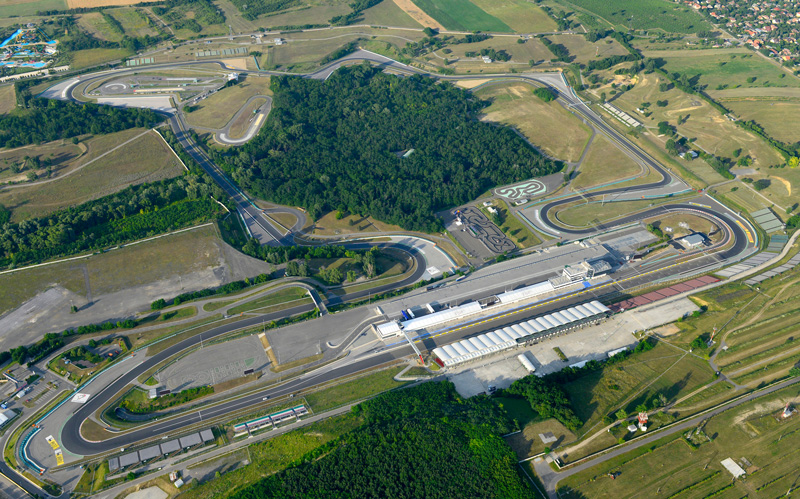 The Hungaroring is a must-visit racing circuit for any F1 fan, and was the main reason for the couple's trip to Budapest.

The circuit is in a natural bowl which allows for a great view wherever you sit, so you're never too far from the action. Saturday's qualifying session brought some welcome respite from the incessant heat when a torrential thunderstorm spiced up the grid for Sunday's race.

One thing that we both love about Formula 1 is that wherever you go everyone is really friendly which makes for a great atmosphere. Even if you're not into the sport, I would definitely recommend it to anyone. The price of tickets is reasonable and there is usually good availability, whatever your budget. We sat on the pit straight which gave us a fascinating view of the starting grid and winner's podium. Food and drink were in ready supply and although a bit more expensive it was brilliant, with lots of Hungarian dishes, as well as the usual fast food options such as hot dogs and burgers - and not too many queues either. 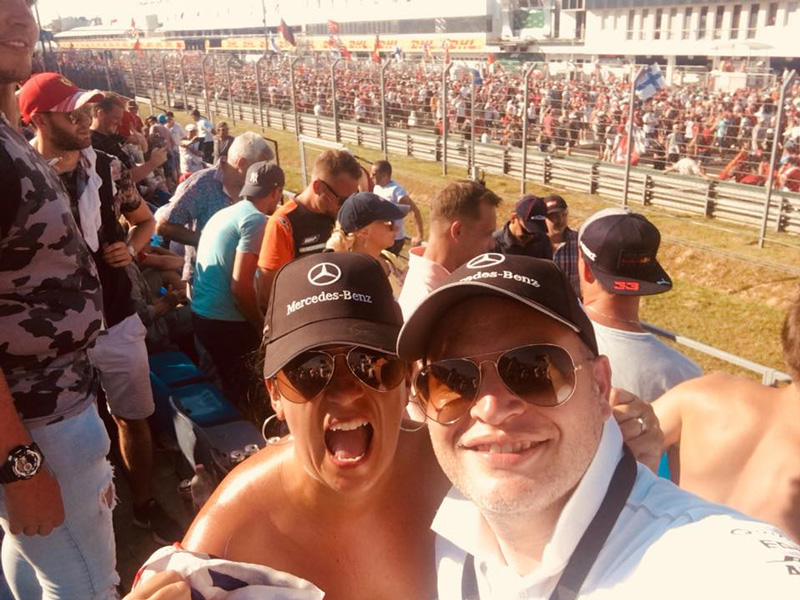 Kara and Kane had prime seats for the race on the pit straight, where they enjoyed watching Lewis Hamilton lead the race, from start to finish.

Sunday was race day and alongside the support races, the circuit has a host of other entertainment leading up to main event, as well as merchandise tents to shop at. The atmosphere in the stand was phenomenal, with other like-minded people of many different nationalities supporting numerous teams and drivers, most notably the Dutch fans, all dressed in orange, cheering on Max Verstappen!

We were able to witness a masterful drive from Lewis Hamilton as he led the race, from start to finish, making the race a perfect end to our weekend. The journey back into the city was awesome, as we revelled in Hamilton's victory and chatted to other fans on the train. Our only regret was that we didn't have enough time to explore as much of Budapest as we wanted but, on the flip side, it has given us an excuse to go back and see the parts that we missed and who knows, maybe another trip to the Hungaroring! 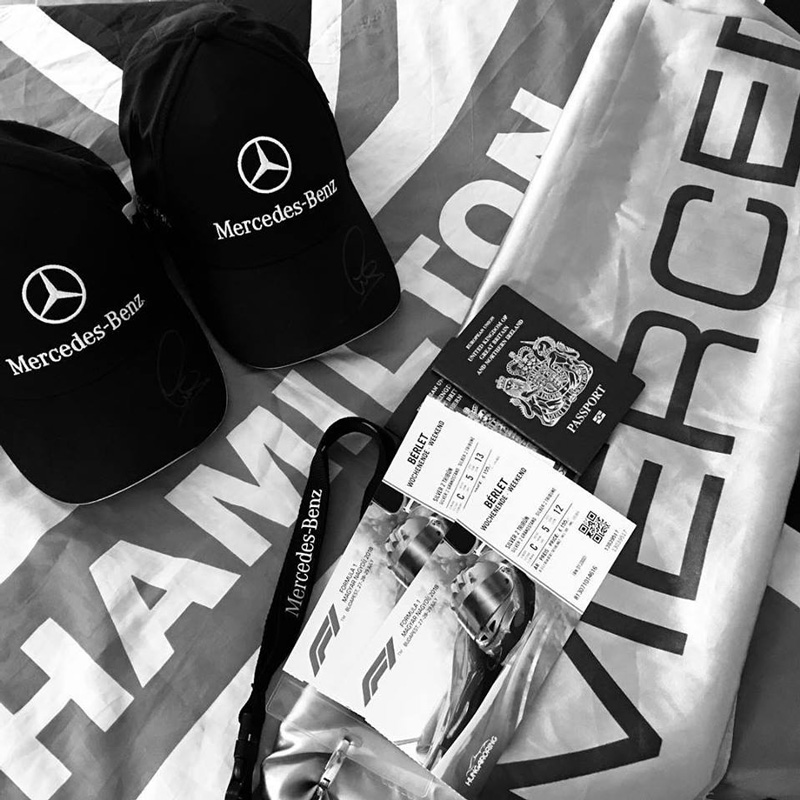 Kara and Kane had an exciting few days in Budapest where they enjoyed the sights of the city and the thrilling race at the Hungaroring. A return visit is on the cards.

If you would like to try a new destination for a holiday - or a special event - click on the RCI Resort Directory to view over 4,000 resorts all over the world.

If you own timeshare but are not a member of RCI, it's easy to become part of the Holiday Exchange community. Click the Join RCI button below and sign up in just a few simple steps to start using your timeshare to see the world beyond your home resort.

Top 10 Things To Do In Lake Balaton

The Grand Tour Of Hungarian Wine