Whether we’re seeking sun and sand or somewhere exotic, most of us fly to our holiday destinations - and with airlines regularly changing their routes, you can get ideas, as well as the best deals, by keeping an eye on who is flying where and when. 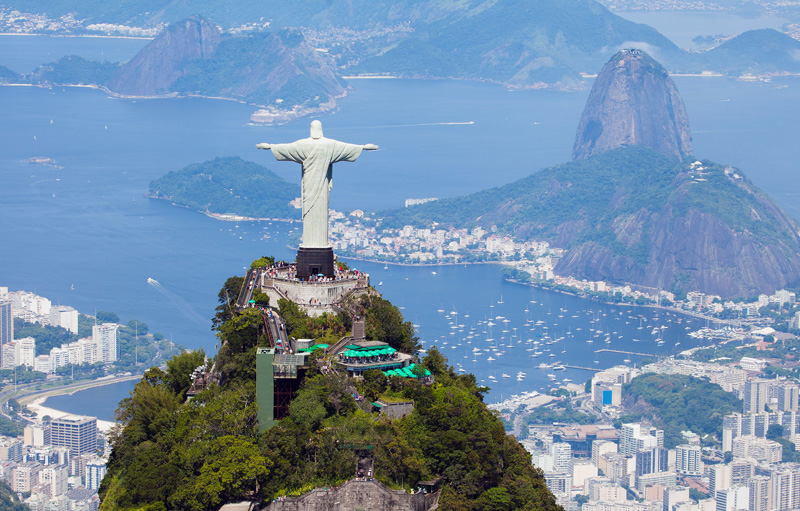 Norwegian has added flights from London Gatwick to Brazil's capital, Rio de Janeiro - which makes for an amazing holiday destination. Think sultry Sambas, iconic beaches and one of the most famous landmarks in the world!

The early part of a new calendar year always brings plenty of holiday tips and ideas, with all manner of travel writers and experts telling us which are the ‘hot spots’ to visit in the year ahead.

In case you’re swayed by such things, Rough Guides reckons the top cities to visit in 2019 are Durban (South Africa), Dungeness (England) and Tromsø, (Norway), and the top countries are Rwanda, Kyrgyzstan and Panama.

The UK edition of National Geographic Traveller magazine named Setouchi (Japan), Antarctica and Pittsburgh as the top three places in its ‘Cool List 2019’, while the Association of British Travel Agents (ABTA), has come up with 12 ‘destinations to watch for 2019’ based on factors including new flight routes, major events and celebrations, as well as areas experiencing a revival. 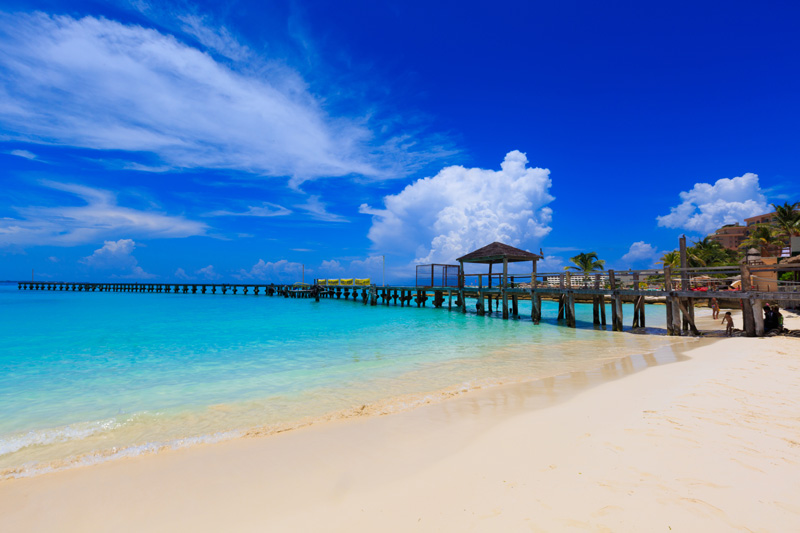 Additional flights have been added to Mexico's Pacific Coast by TUI, so you can enjoy even more long, lazy days relaxing on golden sands with a cocktail in hand. Even better, more flights to Puerto Vallarta are coming!

Victoria Bacon, ABTA’s director of Brand and Business Development, said: “This year’s 12 destinations to watch showcase the diversity available to UK holidaymakers, including a range of vibrant cities, rich cultures, incredible countryside and stunning beaches - all readily accessible from the UK.

“Holidaymakers are increasingly looking to make their money go further and many of the destinations we’ve highlighted do just that, whether it is the abundance of flight routes or favourable exchange rates.”

That ‘abundance of flight routes’ line is a key one, because apart from the experts pointing us towards their ‘cool’ destinations, another way to gauge the globe’s happening places to visit is to monitor the behaviour of airlines. This is especially true when carriers introduce new routes or expand services to established destinations, both of which are great indicators of places that are proving popular.

Seeing what airlines are flying to where, when, and how often, are not only good indicators of how things are going to go in the year ahead, but especially useful if you prefer to fly from a specific or regional airport, or are looking to bag a bargain as budget carriers introduce new routes.

As a taster, here are a few of the latest developments in terms of new and expanded flight routes from the UK, whether you’re aiming for an established destination or somewhere a little different. 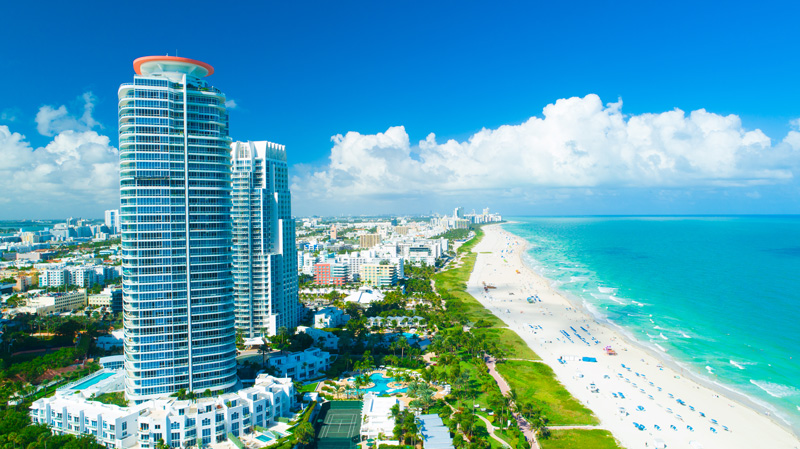 Miami is the perfect destination for families and couples. With year-round sunshine, beautiful beaches and plenty of opportunities to shop 'til you drop, it's a good thing Norwegian Airlines has added some additional flight routes here.

Norwegian launches new flights to US and South America

The popular budget carrier, Norwegian Airlines - recently voted Skytrax World’s Best Low-Cost Long-Haul Airline - has added a number of exciting routes to its schedule for 2019, including direct flights from London Gatwick to Miami, San Francisco and, in a significant development, the Brazilian capital of Rio de Janeiro. Prices start from around £175 one-way!

UK holiday operator, TUI, has announced plans for long-haul flights from Manchester Airport to Mexico’s popular Pacific Coast, with extra services to Puerto Vallarta due to start in winter 2019.

Expanding holiday airline Jet2 is set to operate more than 1,200 weekly flights to 58 popular sun and city destinations in Europe during peak periods in 2019, with a rake of new routes. These include three new destinations - Burgas (Bulgaria), Chania (Crete) and Izmir (Turkey) - and 10 new routes launching for Summer '19, all departing from regional airports. You’ll be able to fly from Birmingham to Bergerac, Kefalonia, Pula and Verona; Edinburgh to Bodrum and Corfu; Glasgow to Kos and Naples; Leeds Bradford to Krakow; and Manchester to La Rochelle. 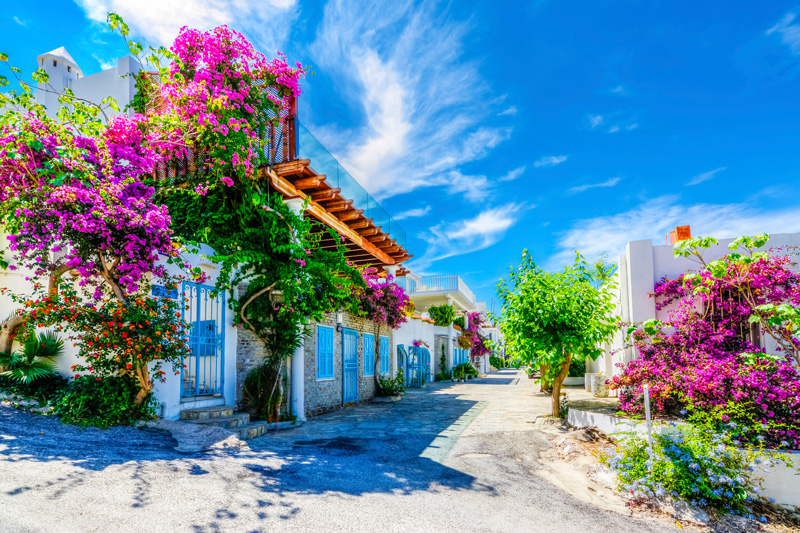 Jet2 has added new flight routes to its ever-expanding schedule, including an Edinburgh to Bodrum route. Holidaymakers are currently flooding back into Turkey, so this is great news.

Mallorca’s increasing popularity as a year-round destination has seen BA add a new winter route from Gatwick to Palma. The service will operate three times a week until 29 March, when the frequency increases for the summer season.

Speaking of the summer season, Finland’s national airline, Finnair, is adding a new daily service between Helsinki and London Heathrow from 31 March, as well as increasing capacity on the route by using larger aircraft on some of its other flights between the cities.

The impending take-over of regional airline Flybe by a consortium headed by Virgin Atlantic and the Stobart Group could have a positive knock-on effect in terms of increased services to and from Manchester and London Heathrow (Virgin’s main hubs). London Southend and Carlisle Lake District airports, both of which are owned by Stobart, will also see increased services. If you live near any of these airports it’s definitely worth keeping an eye on developments. 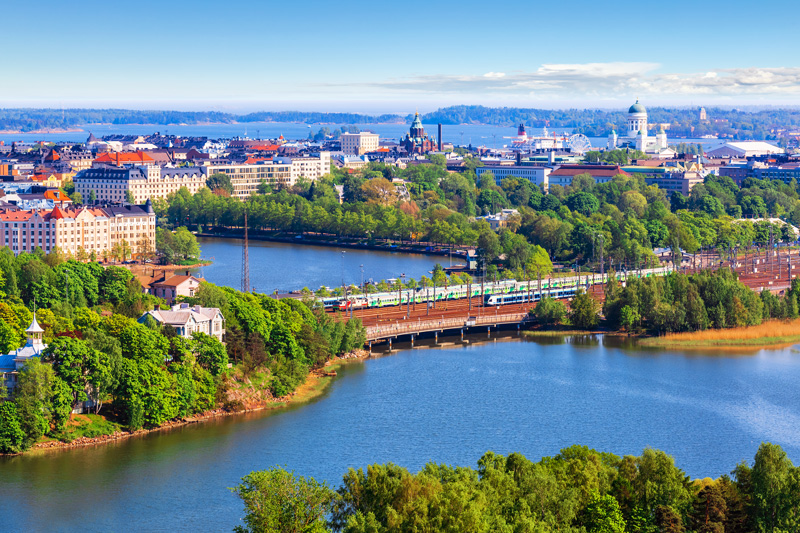 Tips for booking a cheap flight

Those eyes should always be on the lookout for flight bargains too, and while you’re unlikely to bag a bargain as great as the lucky bookers who made the most of an error on Cathay Pacific’s website in January, to purchase first class flights from Lisbon to Hong Kong for £1,500 instead of the usual price of $16,000, there are still ways to try and ensure you get the best deal.

Be flexible with your departure airport

If your departure city has more than one airport, like London, or you have more than one option in terms of a regional departure point - Birmingham and East Midlands airports are only around 40 minutes apart - then check them all when seeking the cheapest fare. 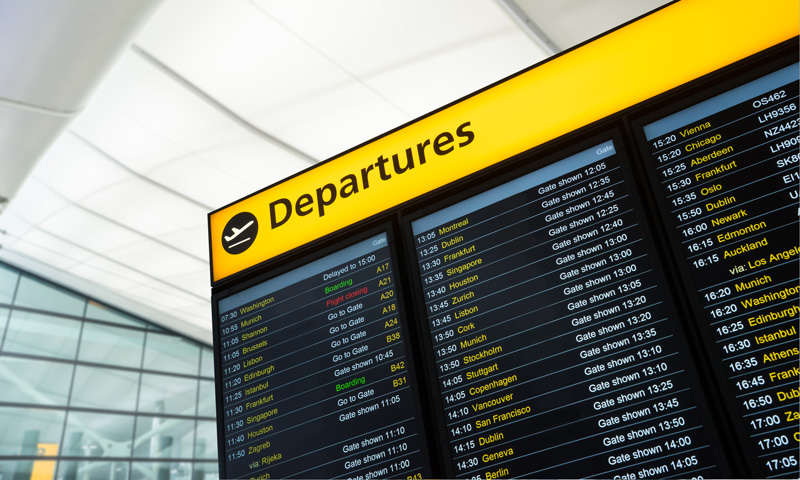 To get the cheapest flights, try and shop around by looking at regional airports rather than the main London ones, and if you are flexible on dates, you can really make the most of getting a good deal.

Be flexible on dates

This isn’t always possible of course, but when you’re checking the airfare websites it’s always a good idea to look at the entire month. Seeing a calendar with the flight prices for each day will help you to pick out the cheapest date.

Fly out on a Friday

Data from flight comparison website Skyscanner has shown that the cheapest day of the week to fly out of the UK is a Friday, with Sunday being the most expensive. Based on average flight prices, switching from a Sunday to a Friday departure day could save you 21 per cent on the fare.

If you want to see where you could be travelling to holiday with your timeshare, click on the RCI Resort Directory button below and start your search.

If you own timeshare but are not yet a member of RCI, click on the Join RCI button below and become part of our holiday exchange community in a few simple steps.

Finland in the Summer: Fun, Foraging and Food

Top 5 Places For A Family Holiday

Travel Tips And Hacks To Transform Your Journey