Mayan wonders and more In Mexico

Unlock the colour and culture of Cancun in Mexico

Being pampered and spoilt in an all-inclusive holiday resort in Mexico's Cancún on the Caribbean coast was the perfect way for RCI Travel Writer, Leigh Connelly, to relax and unwind. Though she found much to lure her away from the sun loungers...

All-inclusive is the norm in Mexico, so take your pick of resorts, all of which provide some of the vital ingredients for a fully-indulgent and relaxing break. Cool pools, beaches close by, spa facilities, children's play areas, and enough piña colada to sink a ship (those things are mainly ice anyway, right?).

I stayed in Cancún on the Caribbean coast, well known for its sugar-toned beaches and the bluest of seas. On this side, Playa del Carmen and Riviera Maya are also popular areas offering acres of glorious tropical coastline.

But when you do want to leave the sun lounger behind, there's plenty to keep everyone entertained - here are just a few suggestions.

The Maya people inhabited the Yucatán Peninsula from around 1800 BC to around 900 AD. A visit to Chichén Itzá, one of the new wonders of the world, is a great way to learn about the Mayan culture. 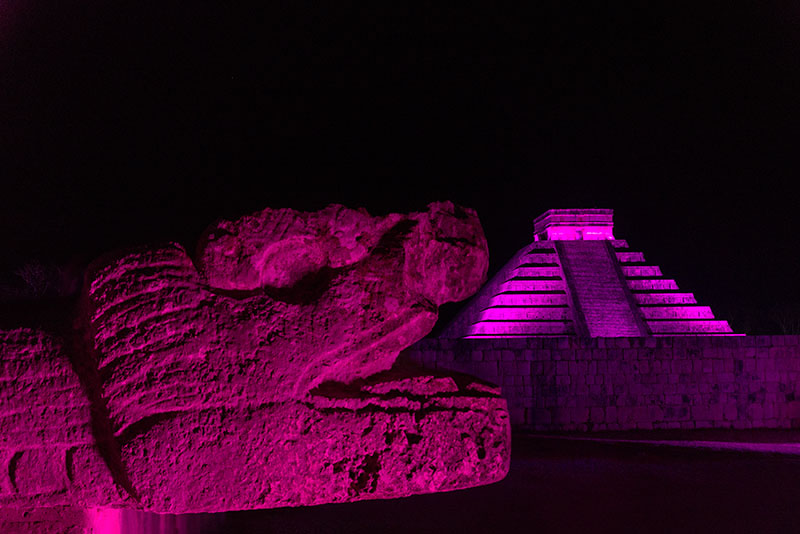 The huge stones of El Castillo, or the Temple of Kukulcan, tell the story of the ancient Mayan civilisation at the world-famous Chichén Itzá.

El Castillo, or the Temple of Kukulcan, is impressive. The huge stone structure is a tribute to the Mayan calendar, which bears some resemblance to the modern calendar. It has nine levels, each of which is split in two by a staircase which scales up the centre of each side - this relates to the 18 months in a Mayan year. Each staircase has 91 steps, and if you add in the top platform, you get a total of 365 steps. 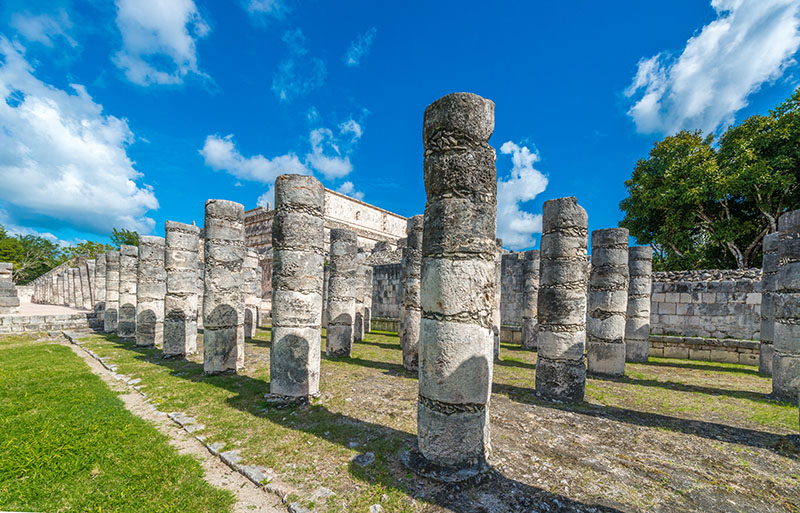 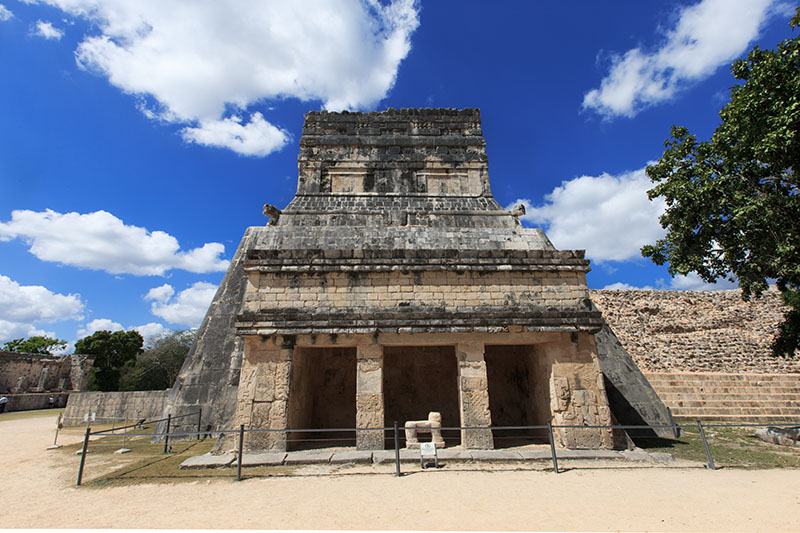 The ancient site of Chichén Itzá is one of the new wonders of the world and, of course, an unmissable attraction in Cancún.

The Gran Juego de Pelota, or the Great Ball Court, gives some insight into what the Maya people did for fun. The towering stone walls have rings cemented very high up, with the aim of the game to get a ball through a ring, which is vertical to the ground, rather than horizontal as in basketball.

Carvings in the walls show players kicking the ball, but also wielding bats - so it is thought that the game changed forms over the years. If the carvings are anything to go by, the games were taken very seriously. There are also scenes depicting the decapitation of players and it is believed that the captain of the losing team might have been sacrificed!

Swim in the sacred cenotes

Need a break from the sun and sand? Descend into a subterranean world and cool off in one of the many cenotes (pronounced see-no-tay) you'll find around Mexico. These natural swimming holes were caused by the collapse of porous limestone rock, creating shady and mysterious underground pools.

The word cenote means sacred well. Mayan communities were built around them as they believed them to be spiritual places, portals providing a way in which to communicate with the Gods.

It's not hard to see why the Maya people were so in awe. Even today, in times when these cenotes are popular tourist attractions, visiting feels like a special, almost prehistoric experience. Picture yourself, just for a moment, in a darkened underground cave. 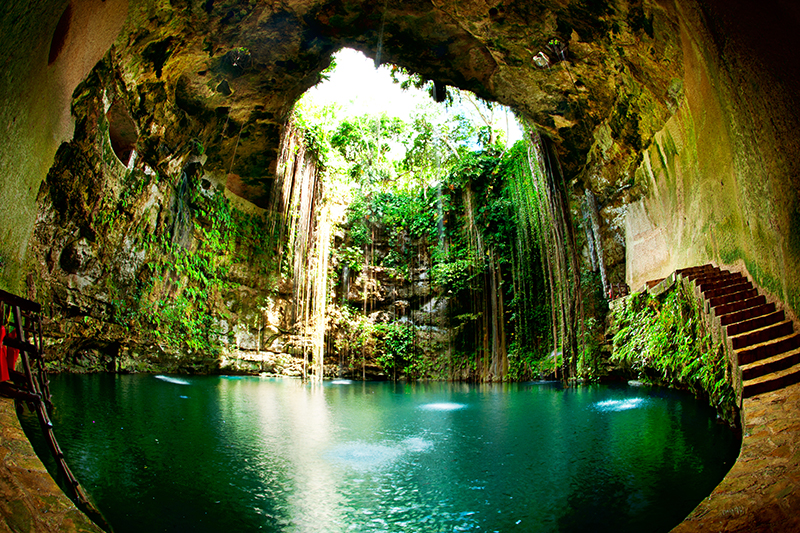 Marvel in the other-worldiness of the cenotes in Mexico.

The air is cool and crisp, providing respite from the humid weather. You are paddling in the water which, having been naturally filtered by the earth, is so pure and clear that you can see the fish weaving in and out of the vegetation on the bedrock or maybe even swimming alongside you.

Looking up, you see tropical vines and tree branches hanging down from the partial cave ceiling, and the bright light from the world above which, right now, feels pretty far away. This is a moment you're unlikely to forget.

And from reverie to health and safety - many sites will also offer life jackets for little ones at a small cost, and lockers for your bits and bobs.

When planning your experience, there are plenty of places to choose from, popular options include:

Hop aboard a pirate ship

Once you've had your fill of culture, history and spiritual moments, why not step aboard a pirate ship for a swashbuckling dinner cruise?

These evenings are tongue in cheek for sure, but great fun nonetheless. For adults only, your cruise will include sailing aboard a pirate vessel, complete with traditionally-clad captain and crew for your service and entertainment. Many cruises have all-inclusive drinks and simple but delicious meals of meat or seafood. 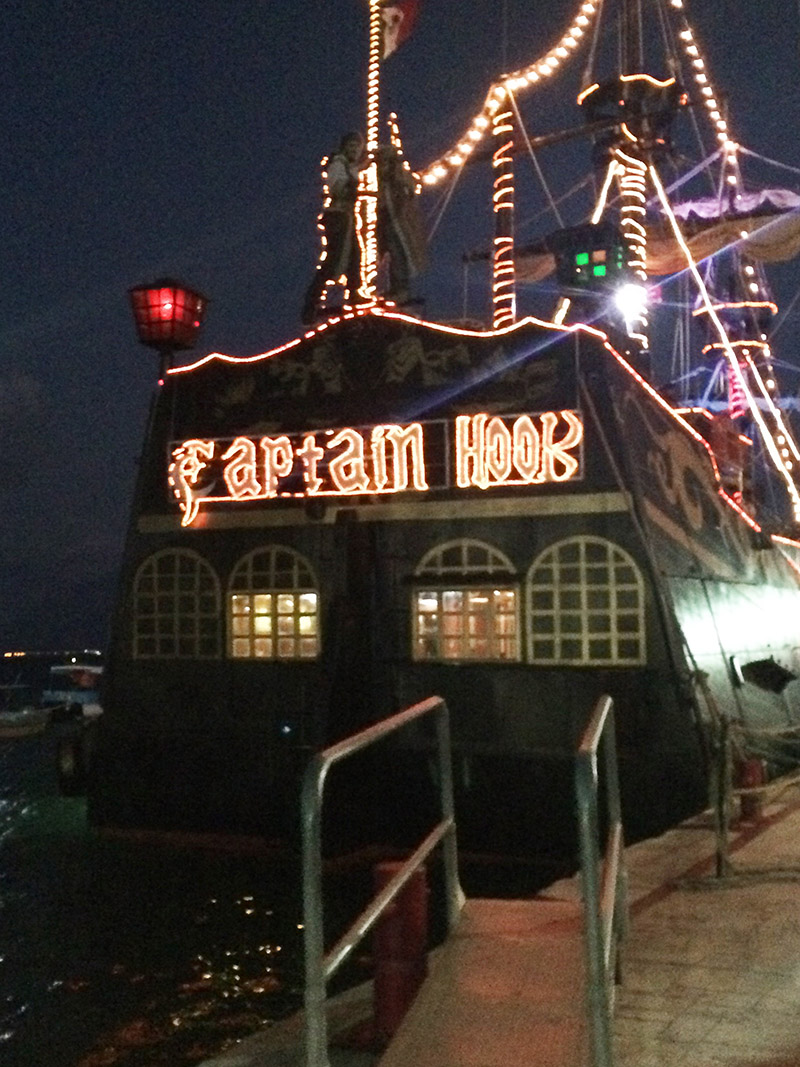 Take part in a swashbuckling adventure onboard a pirate-themed dinner cruise.

Expect to participate in games and dancing, before taking down an enemy ship in a dramatic all-out battle, complete with cannons, fireworks and maybe even a dance off... Arrr matey.


If you own timeshare and want to learn more about joining RCI membership to holiday further afield with your ownership, visit Why RCI?

Want to learn more about RCI resorts in Mexico?

Not an RCI member? Learn more about how to join by clicking below.

Top 5 Places For A Family Holiday

Colours Of The Exotic