Whether you're up for a trick or treat, take a look at my countdown of six scary Halloween hot spots I've explored for this year's Halloween... They're to die for! 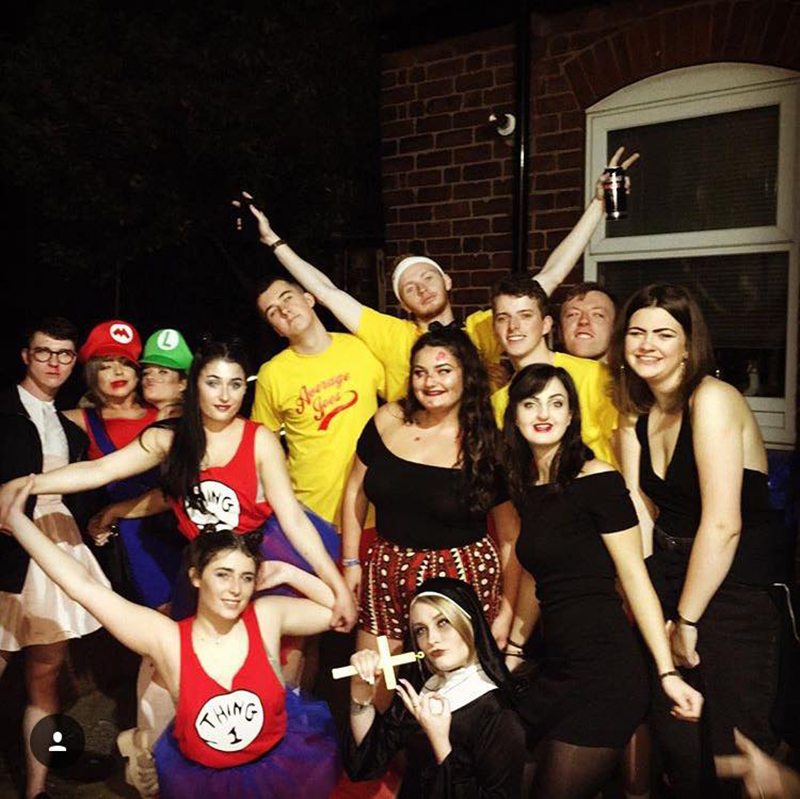 Mariella - pictured at the back of this group shot, and below, in the red 'Mario' hat - is a big fan of Halloween. She has got together a listing of her favourite Halloween fright nights! 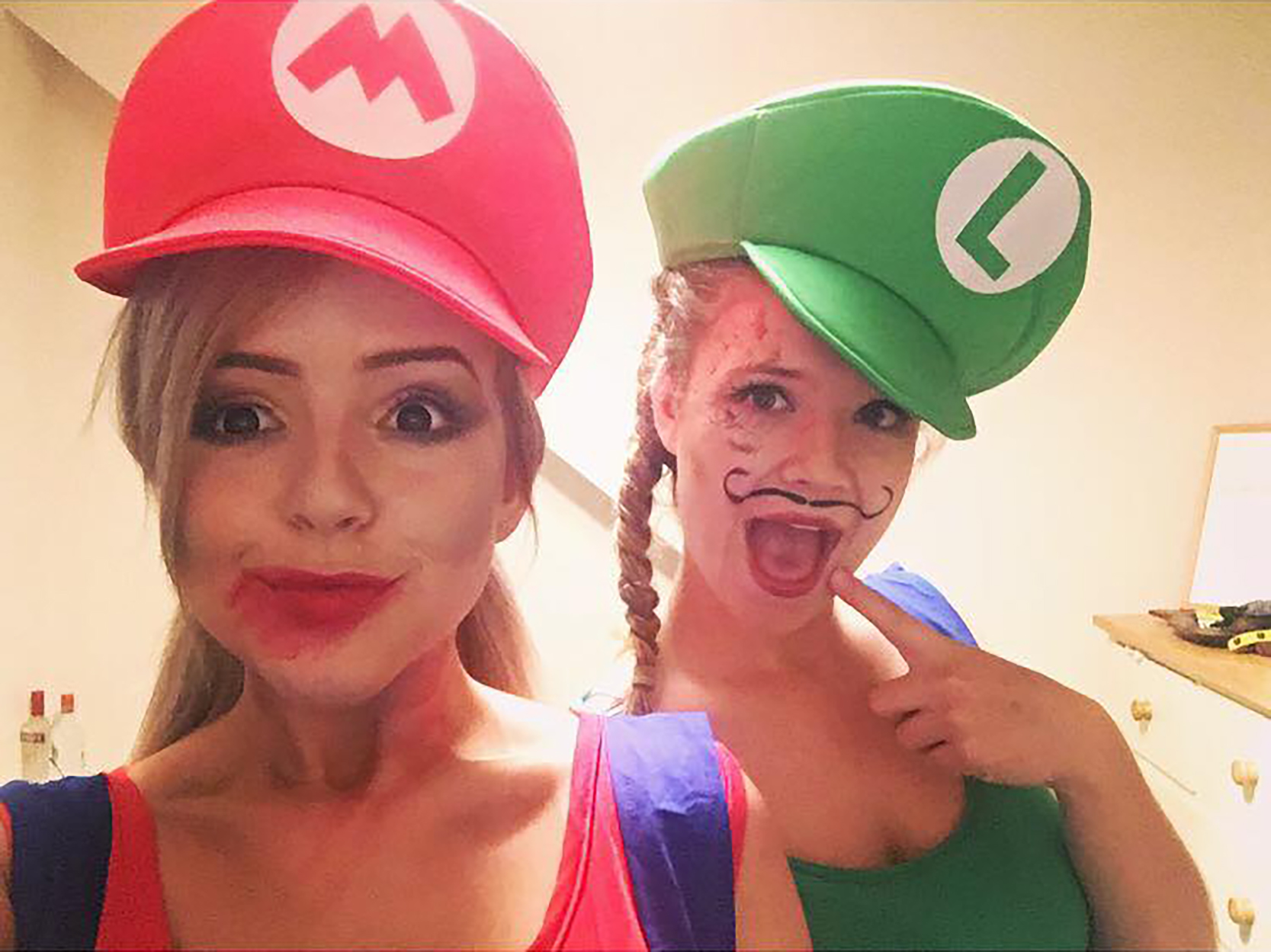 6. The Torture of Tokyo

First stop... Tokyo! Still celebrating its annual Halloween parades after 34 years, Japan is pulling out all the stops to make sure that everyone is out in the capital this October. A Halloween-themed Shibuya Center-gai will be packed with events and, if you head down to Tokyo's Roppongi Hills, you can attend one of the larger Halloween parades which attract crowds of more than 3,000 people! 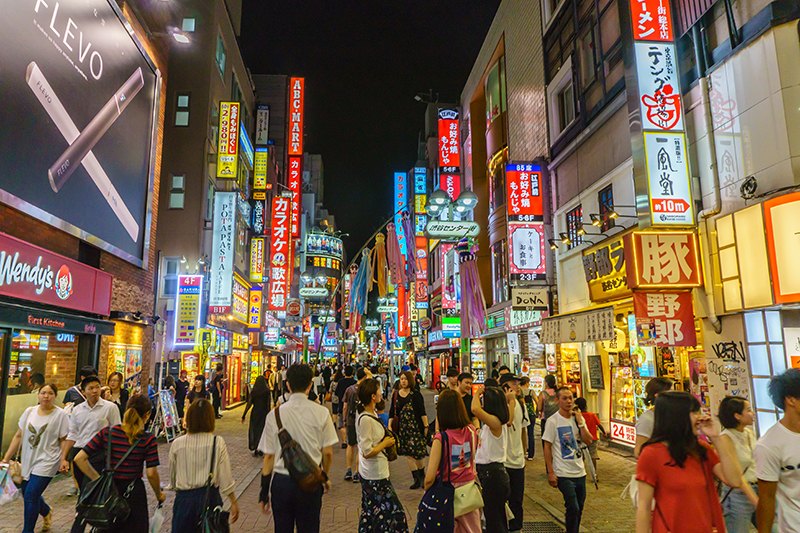 Shibuya Center-gai blazes in the hot colours of Halloween every night! 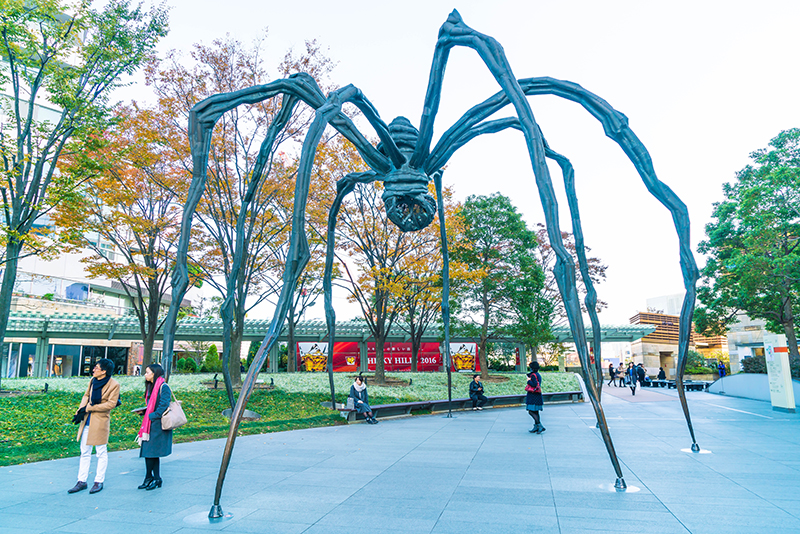 Tokyo's Roppongi Hills can be a pretty scary place to be in the daylight during the Halloween month of October. 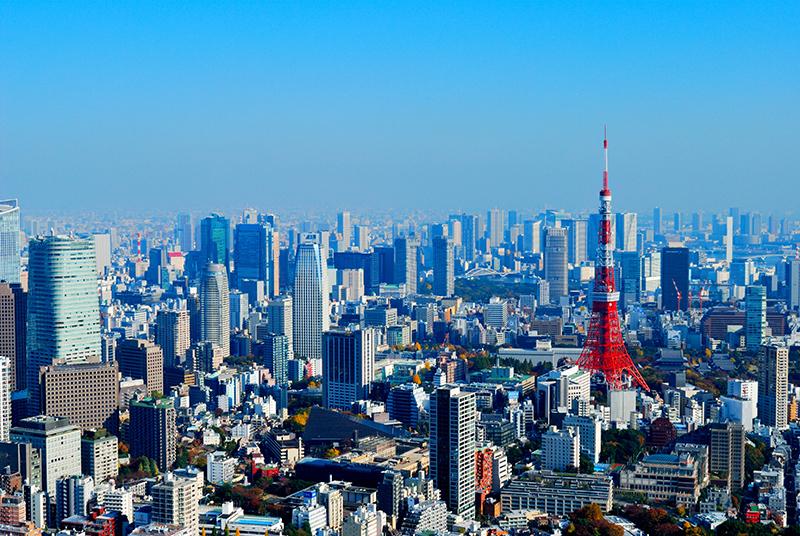 Visiting these special places, such as Tokyo's Roppongi Hills, during a festival or celebratory event is a bonus, as there is so much to see and do outside of the great event!

T-Spook - Costume Contest, hosted by Mezamashi Television, is also an event you definitely need to add to your Halloween dare list! Pop on your wackiest and scariest costume to get into the spirit of the occasion and watch Japan's most popular acts perform live in concert all day long! 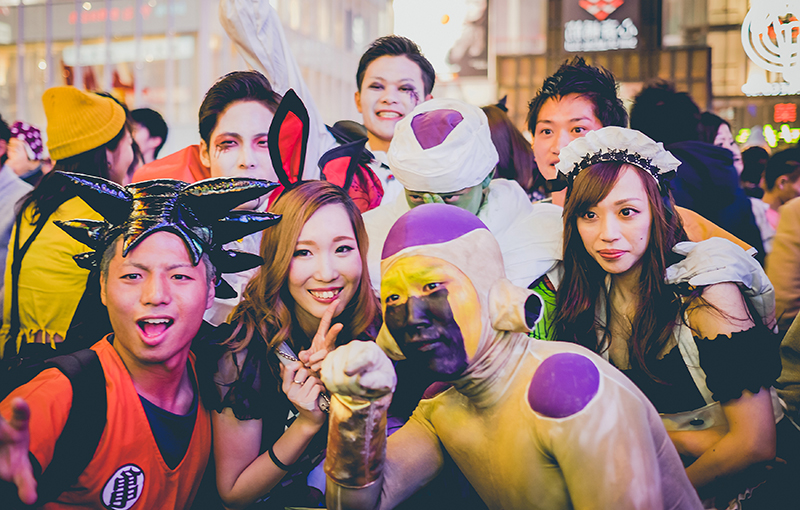 The T-Spook - Costume Contest is the main event in Tokyo, with many of Japan's headline entertainers performing live at the event. 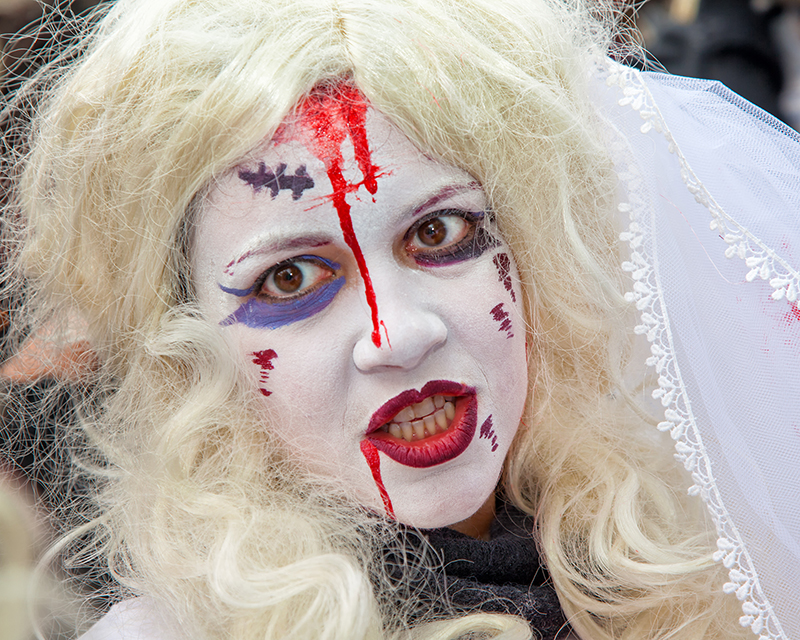 They know how to party in Amsterdam, where full fancy dress and face paint is a must before you venture out on Halloween.

What next? Only the party-filled capital we call Amsterdam. Costume parties for both adults and children are welcomed here in the Netherlands. Hard Rock Café hosts an 'I Want Candy' kids' party which includes trick or treating and face painting. Another event which is popular with the horror fanatics is the all-night horror movie marathon, which goes on 'till 7am! Personally, I think I'll be at Hard Rock Café trick or treating. 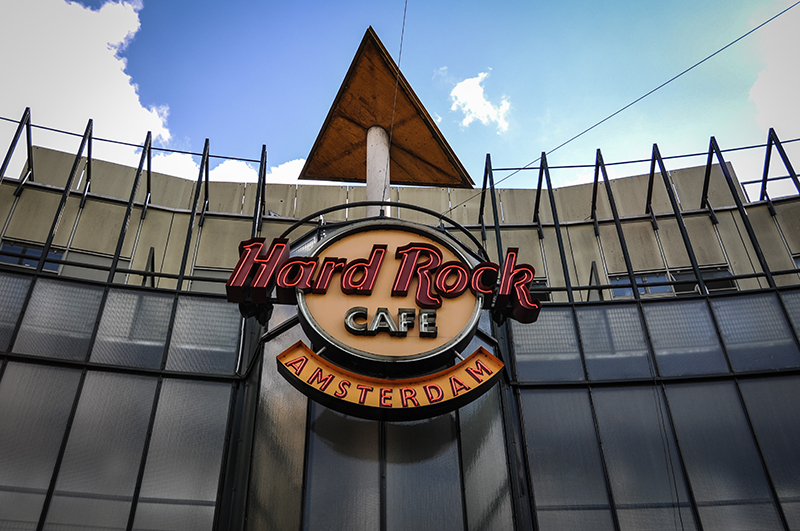 Hard Rock Café hosts an 'I Want Candy' kids' party, which includes trick or treating, among many other frightfully fun party highlights!

Don't worry, there are party events too, and they're on different dates for those who can handle their parties over several nights of the week! Helter Skelter is one of the annual Halloween parties held on the eve before Halloween, while Amsterdam Spook hosts the other annual party on the weekend before Halloween. The theme this year is TOYLAND and no, your average Ken and Barbie are not invited, but Chucky's coming along. If you're struggling with the question of what to do for your outfit, get yourself down to one of Amsterdam's workshops where you can be transformed into someone you wouldn't want looking back at you in the mirror! 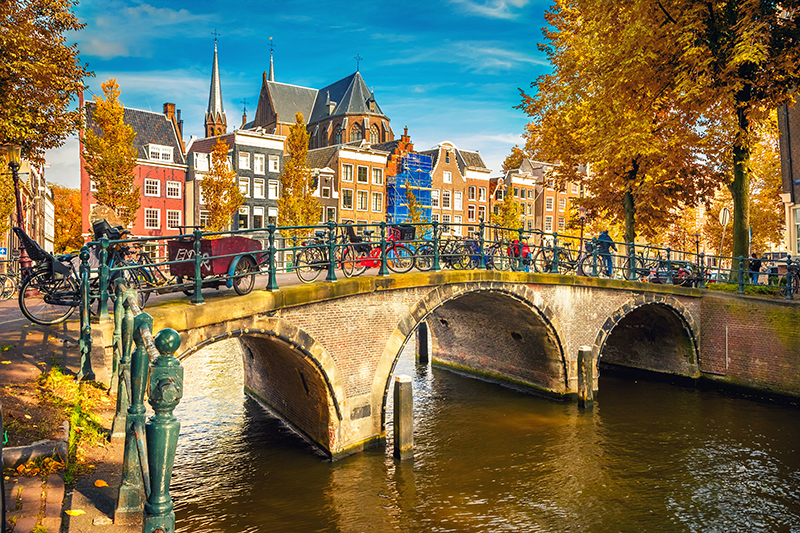 When the partying stops, you shouldn't forget what a beautiful place Amsterdam is, with its picturesque waterways framed by the fiery-colours of the autumn trees, as if all dressed up for Halloween themselves!

If you think what you've read so far is good, wait until you see what California has in store for you on the eve of Halloween! See the transformation of the national parks as they turn into creepy wonderlands of horror, featuring mazes, shows and special effects. Attend one of the biggest events in LA as 500,000 people take to the streets of Santa Monica for the annual Halloween Carnival - including live entertainment, food vendors, photo stations and even its very own carnival queen, wow! The local bars get involved too, hosting patio parties and offering special Halloween-themed drinks throughout the witching hours! 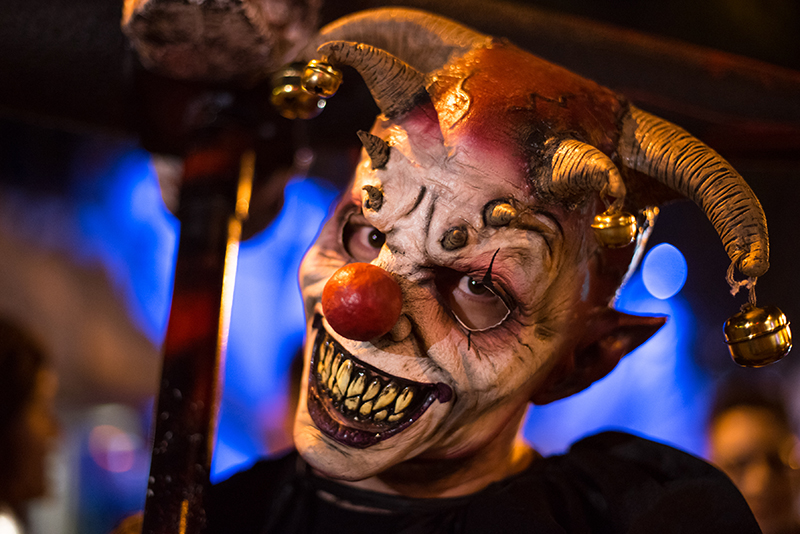 California loves its theatre and Santa Monica's Halloween Carnival is street theatre at its best, with around 500,000 people filling the Los Angeles' streets the witching hours are wickedly wonderful here.

Besides the partying, California offers a range of other Halloween events; ghost hunting, haunted mansion tours and a Halloween screening in a roof-top club, to name but a few. Just when you think it can't get any better, it's fair to say California has outdone itself this year! 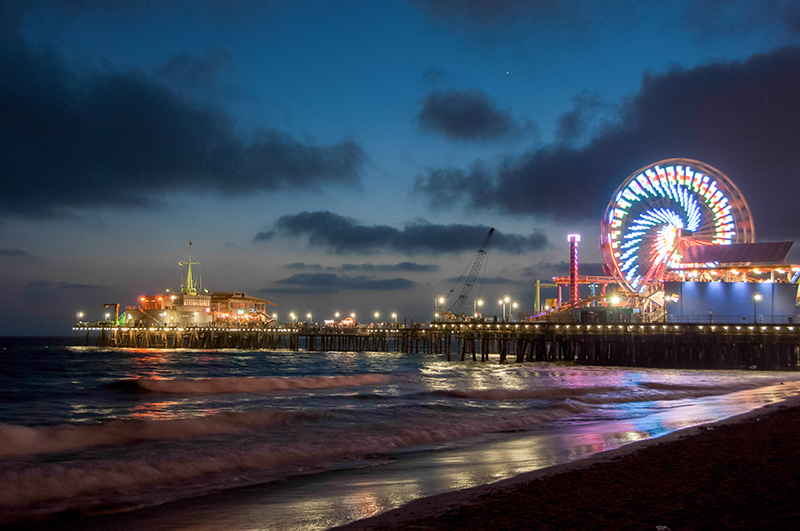 Los Angeles' Santa Monica turns on the charm during the cocktail hours and is a fun place to be round the calendar and the clock.

3. A Mystery in Mexico

Four words. Day of the Dead. A big three-day celebration that begins on 31 October in Mexico. It is believed that the spirits return each year to spend time with their loved ones. All cities and towns choose their own way to celebrate Day of Dead, but in Mexico there are a variety of styles in each place. 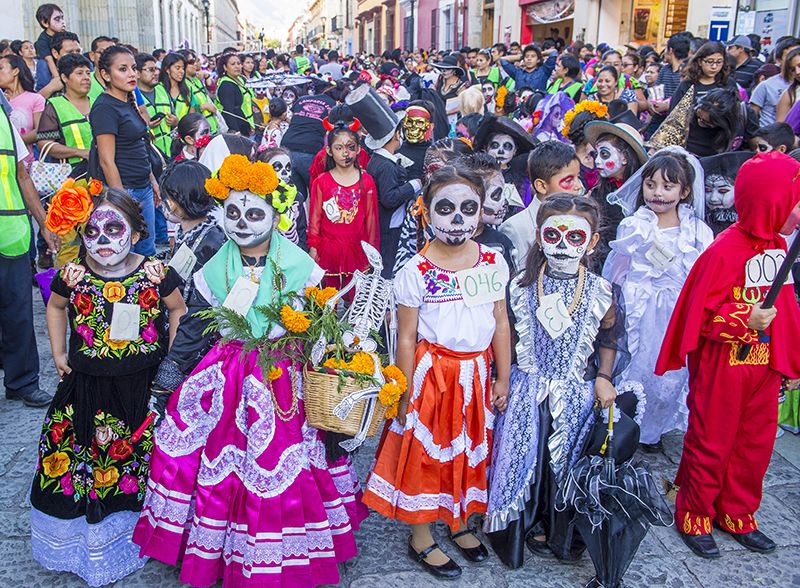 In Acapulco, the streets of Oaxaca come alive with the Day of the Dead... The party spills out from the main square of the city to the cemeteries and the woterfront. The main square in the city of Oaxaca can be as tranquil as it can be scary. When the party parades have been swept away, the city's historic buildings and imposing architecture provide the spectacle.

The island of Janitzio celebrates with rituals, including fishermen in rowboats with torches, a gathering of families chanting in the cemetery and folk dancing. In Acapulco, Oaxaca, a city in central Mexico, transforms into a massive street festival where people in costumes visit cemeteries and the town is decorated with skulls, skeletons and flowers. The main square is where the party is at, with food, drink and dancing all night long in your Day of the Dead costumes. Can you think of a better way of celebrating Halloween than partying with spirits? 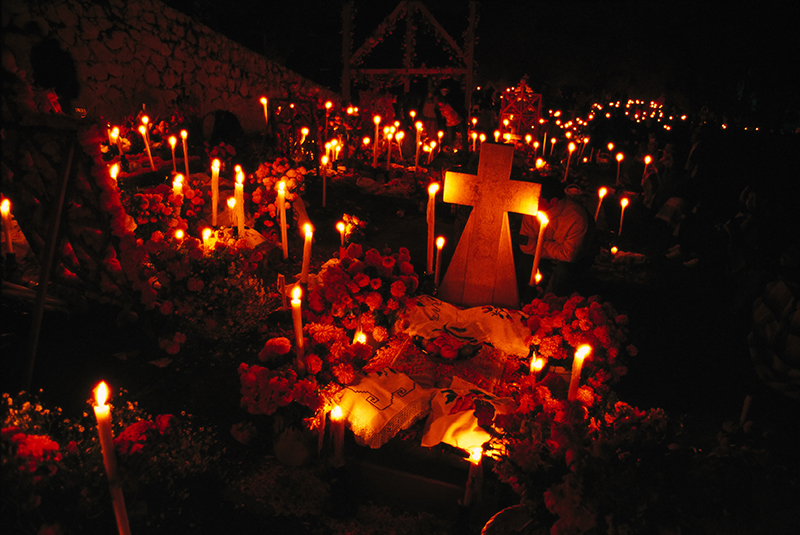 Cemeteries become the beating heart of the Mexican Halloween party scene, as they are flooded with light and families who come to party with the spirits of the dear departed. 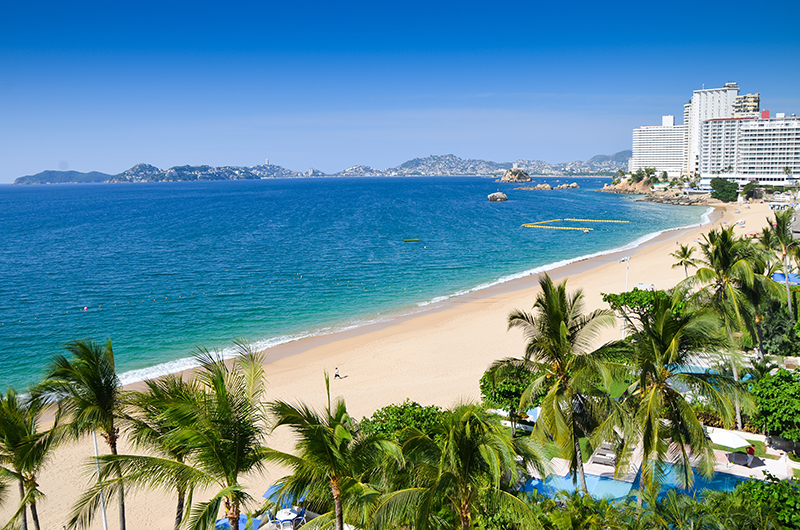 Away from the hellish Halloween parties, you will find your own piece of heaven on the white warm sands of Acapulco Beach.

And the runner up is... New York City of course! New York celebrates Halloween throughout all of October, and probably 1 November too, bearing in mind us adults may need more time to recover. Thousands of revellers dress up in their weird and wonderful costumes to join the Greenwich Village Parade, where you can scare yourself witless on the ghost walk or watch live music acts. The most spirited Halloween festival is The Great Jack O'Lantern Blaze walk, along the riverside, near Van Cortlandt Manor, where you will see hundreds of impressive and intricately carved pumpkins shining out of the eerie darkness. 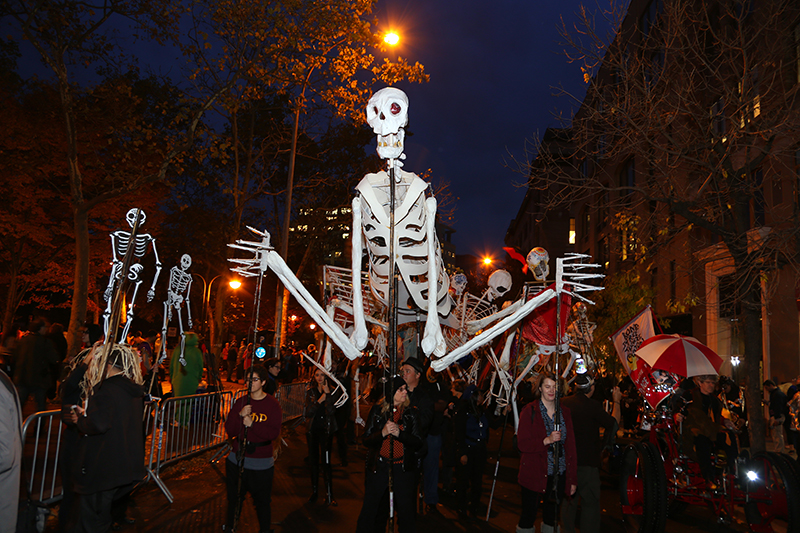 Central Park is another iconic location where you can listen to ghost stories, check out a costume parade, carve pumpkins and afterwards join the traditional pumpkin flotilla, where 50 gourds take souls across Harlem Meer, in the northeast corner of New York City's Central Park. Are you ready to take a bite out of the Big Apple? Let's hope it's not as poisonous as the one Snow White tasted...

Central Park is transformed with pumpkins, lanterns and all the traditional thrills of Halloween. It is also a remarkable place by day for family walks and, during the month of October, carved pumpkins, lying in wait for the big night, prove to be an additonal attraction for the park's visitors. 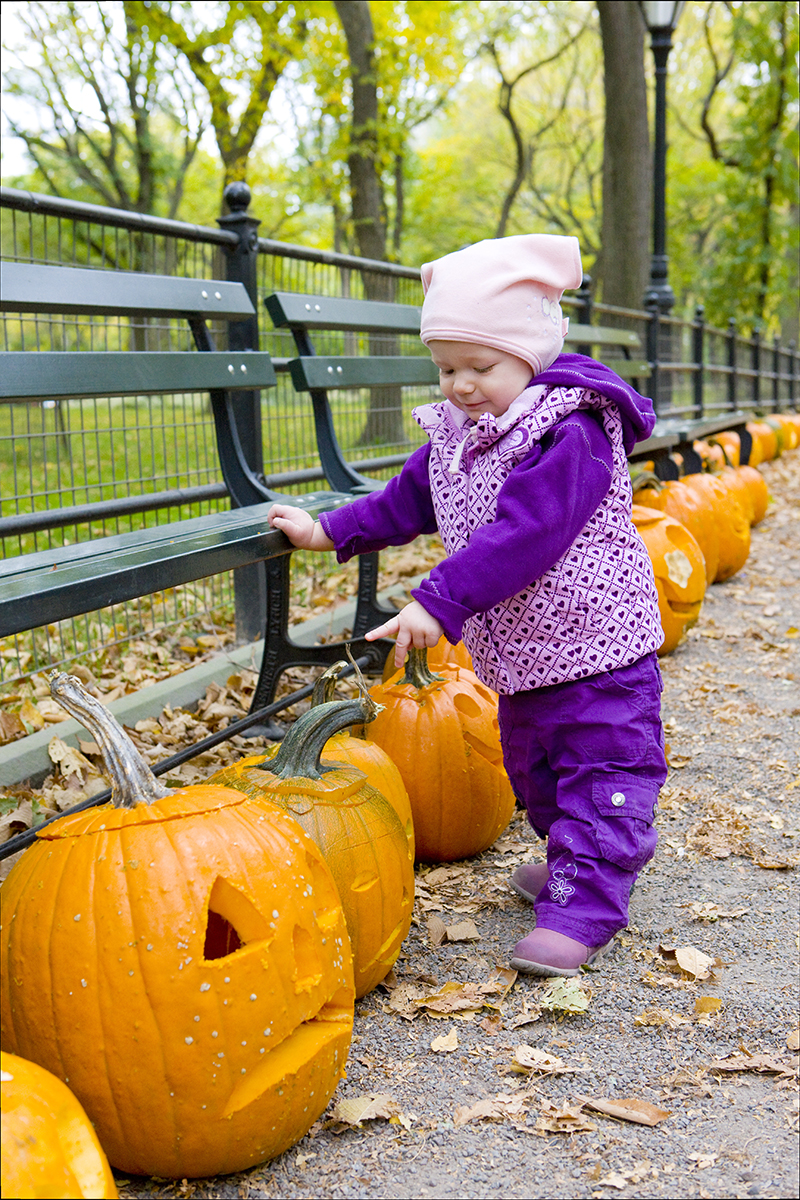 Been waiting for the winner? Well, this is mine. It's only the place where Halloween was born - Ireland! Halloween has its roots in the ancient Celtic festival of Samhain, 2,000 years ago, in what we now know as Ireland. A Medieval festival took place to mark the end of harvest, at a time of year when the days begun to get darker and shorter, and when it was believed that the dead rise to revisit the mortal world. I would definitely recommend going to Derry City for the full Halloween experience; parades AND carnivals. What better way to celebrate? The parades burn with the colours of fireworks lighting up the night skies, ghost tours and haunted houses bring you to the threshold of the spirit world, while workshops, scary movies and dragon safaris make up a family-friendly Halloween menu too. 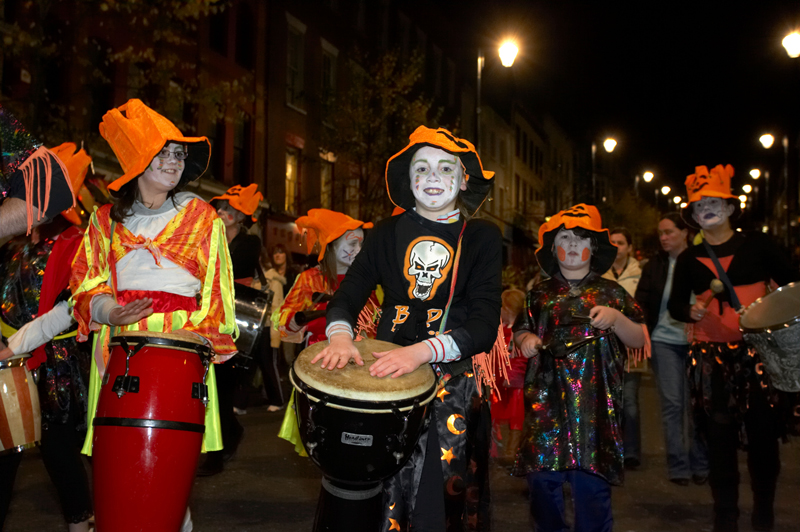 Ireland's Derry City is such a visitor show stopper that you don't need to wait for Halloween to find an excuse to come and see these exciting city sights.

The Samhain Festival (29 October) has been transformed into a spectacular music event this year, which takes place just outside Dublin and is headlined by Oasis frontman, Liam Gallagher, to mark the occasion of 'The Feast of the Dead'. Who will you be feasting with? 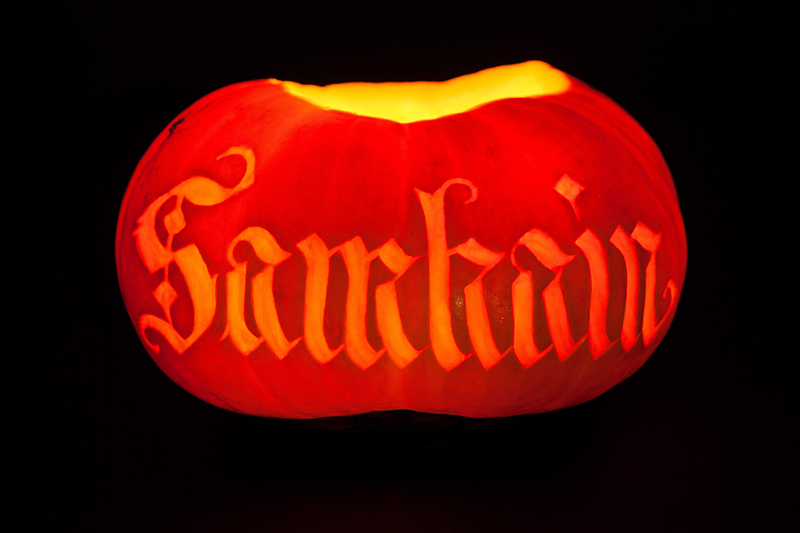 Are you an RCI member? Then remember that combining your holiday with a standout celebration, such as Halloween, is worth planning for. And forward planning is key in getting those really special holidays for you and your family. Some of the best places to celebrate the most fabulous festivals and events are often long-haul destinations, as well as being the much in demand holiday hot spots. If you want to make your shared time together especially memorable for your family by making sure you get that dream holiday getaway, start planning ahead to get the most out of the flexibility in holiday planning that is a benefit of RCI membership.

If you're thinking of heading off to New York or Mexico for Halloween 2018 or 2019, plan ahead and think now about:
Depositing your week as soon as you can to maximise its trading power
Combining your weeks and credits
Saving and borrowing your points
Setting up an RCI on going Search to alert you as soon as a match for your request comes up
Checking your RCI Account to ensure that no exchange holiday opportunity is lost to you and your family
Check out the Help Library on RCI.com to make sure you are getting the most out of RCI membership by using it properly.

Want to see where in the world you could be celebrating Halloween with RCI membership?