🎆 Remember, Remember the Fifth of November 🎆

From Guy Fawkes' failed gun powder plot in 1605, to the extravagant firework displays we enjoy today, I have taken a look at the different Bonfire Night traditions and the ways in which we have celebrated this failed act of treason against King James I of England and VI of Scotland over the years in the UK.

'Penny for the Guy?'

The first tradition, which started many years ago, has been given the iconic name of 'Penny for the Guy?'.

To celebrate the survival of King James I, people lit fires around London to mark Gunpowder Treason Day, as it was initially known. The poor children took to making effigies of Guy Fawkes, mastermind of the plot to blow up The House Of Lords during England's state opening of Parliament on the fifth of November, 1605, to take with them begging for a 'Penny for the Guy?'. These effigies would often look like scarecrows, made out of old clothes stuffed with paper or straw. People would buy 'Guy' and place him on top of their bonfire at the centre of the evening's celebrations.

Children would also blacken their faces as Guy Fawkes might have done when he plotted to blow up England's monarch and leaders! And so the tradition of asking for a 'Penny for the Guy?' was born. 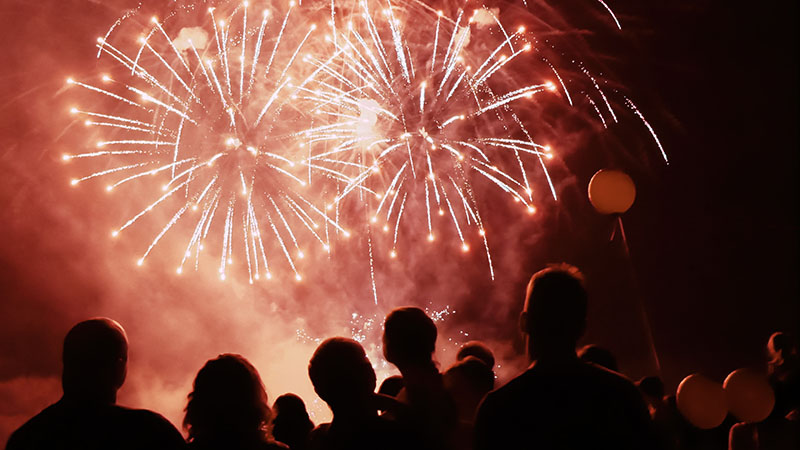 The second tradition reminds me of the game Hot Potato. Remember? You would pass the imaginary hot potato around until it was too hot to hold and you lost the game if you held the potato last. Well, the flaming tar barrels is, I think, a similar concept.

The flaming tar barrels is another ritual believed to have its ancient roots in the Gunpowder Plot. Each Bonfire Night, the Devonshire town of Ottery St Mary is filled with feisty women and stalwart men carrying flaming tar barrels on their shoulders, as they dash through the streets and alleyways with their burning burdens. When the burning barrel becomes too hot for the carrier to bear the next carrier, or 'Barrel Roller' as they are known, will take over until the flames die out and the barrel crumbles into ashes. Sponsored by the pubs of Ottery St Mary, there are as many as 17 tarred barrels alight in this flaming spectacle on the fifth of November. The real heavyweights that are rolled out at night weigh up to 30 kilos. It is a tradition proudly upheld by generations of local families from the town. 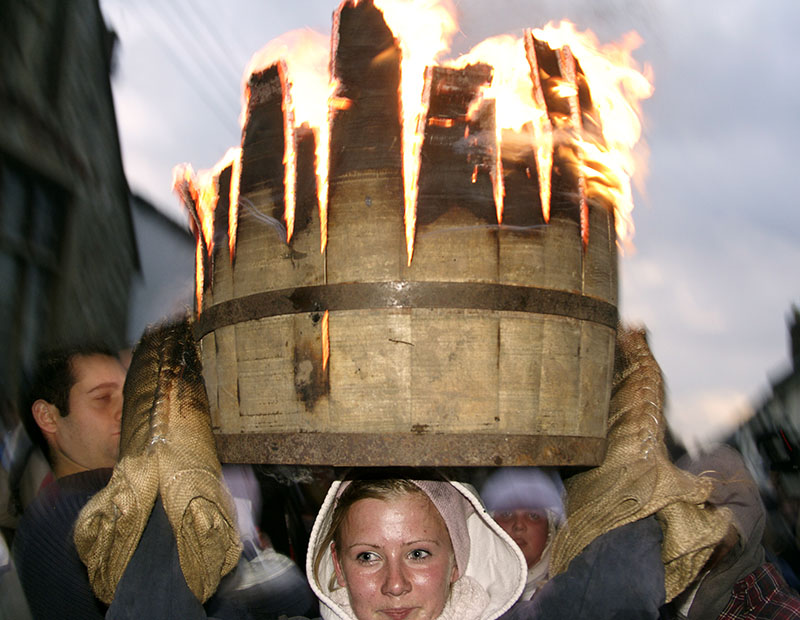 The rhymes and chants are as essential to Guy Fawkes' Night as the fireworks and the bonfire are!
One popular rhyme you may well have chanted yourself around the crackling bonfire:

Remember, remember the fifth of November
Gunpowder, treason and plot
I see no reason, why gunpowder treason
Should ever be forgot.

Guy Fawkes, guy, t'was his intent
To blow up king and parliament
Three score barrels were laid below
To prove old England's overthrow.

And what shall we do with him?
Burn him!

One chant that was very popular for children to sing around the bonfire was:

Rumour, rumour, pump and derry,
Prick his heart and burn his body,
And send his soul to Purgatory.

Conjuring up such gory images and putting the story to rhyme was a sure fire way of ensuring that this act of treason - and its consequences for Guy himself - would be forever burned into the children's memories...

Back in a time without Facebook, Instagram and the whole world of social media, people would create awareness of where the firework displays were rather more colourfully by forming a torch-lit procession. This allowed others to follow the crowd, brightly illuminated with their burning torches lighting the way to the firework displays. Traditional costumes would be worn in rural Sussex to add to the fun and drama of these processions. Torch bearers would appear as Saxons, matadors, clowns, ancient Egyptians, pirates, Aztecs, Genghis Khans and a myriad of other characters.

One of the Bonfire Night parades in Sussex where fancy dress fuses with fireworks to create a magnificent spectacle.

A bonfire is a large fire that is built up outdoors and can be used for multiple reasons. However, while they may be used to get rid of old furniture and other rubbish, on the fifth of November the bonfires that are lit across the UK blaze in celebration and commemoration of Guy Fawkes' Night.

I'm sure we've all enjoyed foresting for wood and any old unwanted furniture to build those bonfires as high as we could in the weeks leading up to the big night. Mums - and even Dads - across the country are tasked with helping the kids create their own well-stuffed 'Guy' to crown the bonfire and be gorged by the flames. Some really old rituals, such as singing chants as you watch 'him' burn, are still a feature of the fiery fun. He may be long gone, but Guy Fawkes will never be forgotten!

A bonfire will always be a key element of the fifth of November for us, but we should remember that the bonfire is also used in other countries too. While in Ireland however, they celebrate bonfire night on 23 June to mark St John's Eve - which is also midsummer. In Spain and Portugal too, on St John's Eve the night sky is lit by the light of blazing bonfires. In Spain the biggest bonfire takes place in Alicante and is a hugely popular festival. In Portugal, the people of Oporto are renowned for their love of this festival of fire. 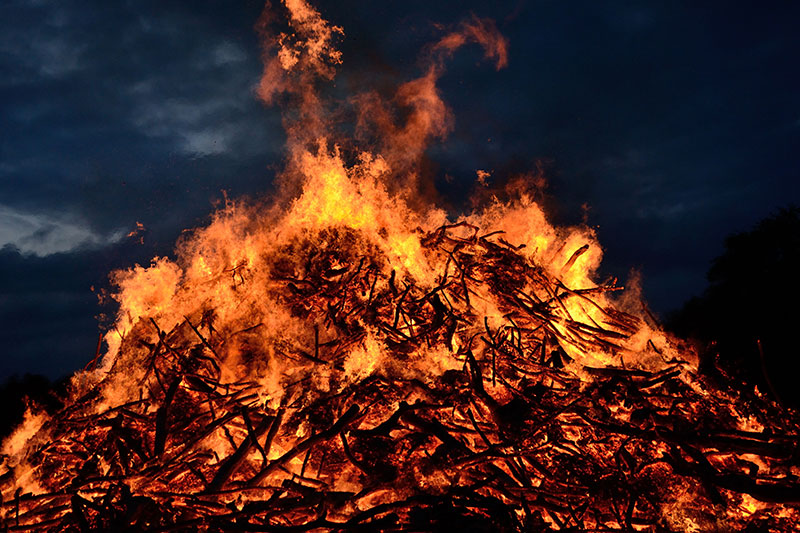 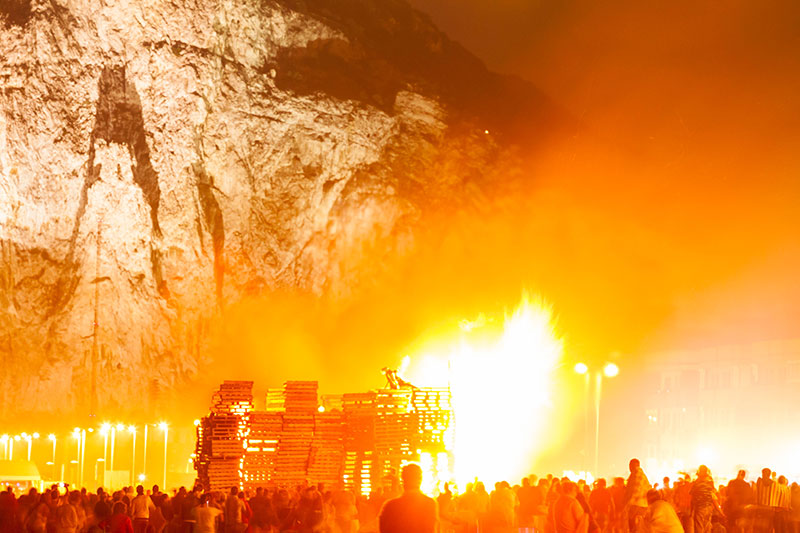 St John's Eve on 23 June sees bonfires burning brightly on the beaches and in the squares of Alicante to mark midsummer.

Now for my favourite topic - food! As with all celebrations, there are so many different types of holiday food to look forward to tasting, as they usually only come out once a year, on the big day itself. Bonfire food is no exception. Here's a list of some of my favourite bonfire food treats:
1. Parkin Cake - A sticky cake containing a mix of oatmeal, ginger, treacle and syrup
2. Toffee Apples - You'll need a firm bite to enjoy these sweet, sugar-glazed delights
3. Marshmallows - Gently melted over the flames of the bonfire
4. Sausages - Cooked in the flames of the bonfire - or from a hot dog stall, if one happens to be close at hand on the night
5. Potatoes - Given the traditional treatment of being wrapped in foil and cooked in the bonfire... You can do this with soup and onions too. 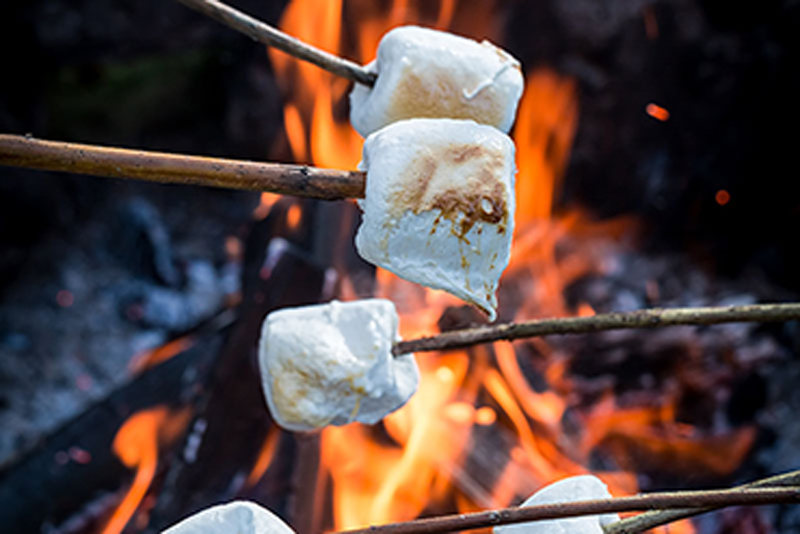 And now for the star of the show... Fireworks! Each year we use firework displays to celebrate Guy Fawkes' Night, this is a tradition which goes back to the 17th century - fireworks themselves having been around for some 2,000 years since being invented in China.

The larger organised Bonfire Night events usually include fireworks, a bonfire, food stalls and a fun fair! Sometimes you'll find the bigger events will have entertainment acts on as well, anything from live music to circus performers.

One place I would consider going to celebrate Bonfire Night this year is Kent, England. The Edenbridge fireworks display there is being held on Saturday, 4 November this year, and it is a bonanza of all the best Bonfire traditions from over the years. Edenbridge has had time to perfect its act, as it first event was held in 1928 and it has continued to grow each year. The evening begins with a torch-lit procession, led by the town's Bishop of Bonfire, together with his choir boys and girls carrying their Bonfire effigies of historical characters. More than 1,000 flaming torches illuminate a procession of around 20 floats, walking parties and marching bands, as they work their way towards the amazing firework extravaganza and the burning of TWO 10 metre-tall effigies, one being Guy Fawkes and the other being a celebrity - giving this event a modern twist! 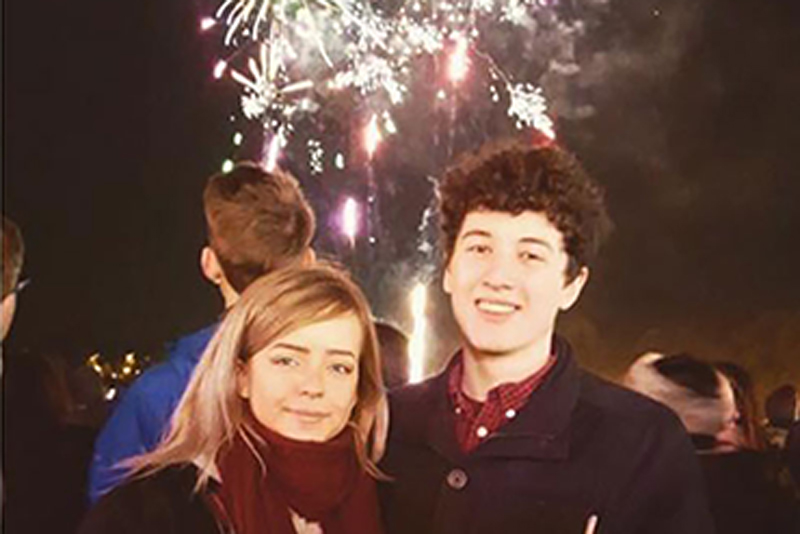 Mariella loves the sparkle, bonfire food and spectacle of the fifth of November, and is looking forward to partying around the flames again this year.

It is a fun idea to combine a holiday getaway with a national festival or fabulous event. If you are an RCI member, click on the button below to check out the resorts affiliated to RCI in Spain's Alicante, where bonfires are big on St John's Eve - 23 June. Alicante is also big on beaches and lots of fantastic things to do and see under the Spanish sun...

If you own timeshare, but are not a member of a holiday exchange programme, you can join RCI in just a few easy steps - click on the button below to see how it's done. Your timeshare ownership could then take you and your family across the world to see and do things together you only ever dreamt of.