Easter means different things to different people. Many celebrate the religious elements of the holiday, some spend all of the long weekend in a chocolate haze, but there are lots of other traditions out there. Some of them are fun, others completely bizarre, but all are celebrated by many people around the world at Easter time.

Here are just some of the weird and wonderful traditions that different cultures celebrate at Easter time.

Obviously Easter wouldn’t be the same without a chocolate egg - or three - but where did this wonderful tradition of eating chocolate Easter eggs come from?

Well it seems that it has religious origins, with many different cultures having their own stories and claiming the origin of it as their own. As eggs represent new life and fertility. It then became common to give decorated eggs as gifts to loved ones in spring, regardless of religion. 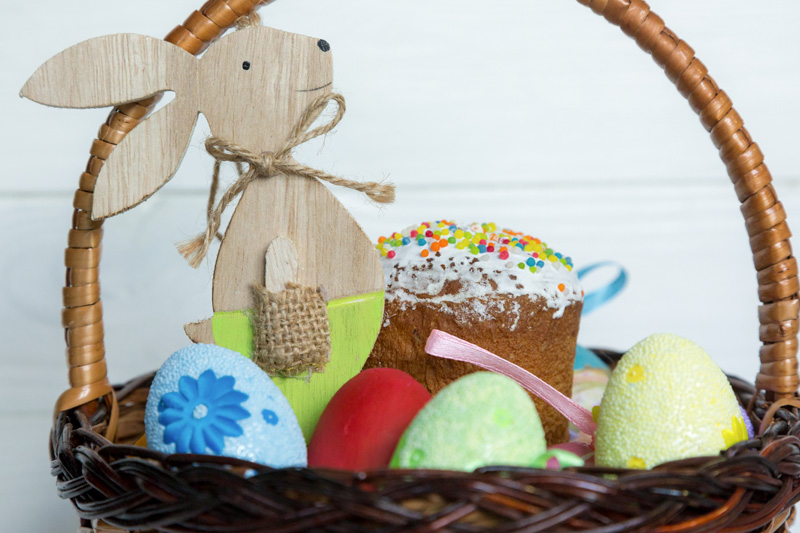 One Easter tradition that has stood the test of time is decorating hard boiled eggs. A much-loved activity for children, the eggs are usually painted in bright colours and given as gifts.

In Orthodox churches, eggs were one of the food items not to be eaten during Lent, so as soon as Lent was over, people began scoffing them as they’d managed to build up quite a stockpile during that time and didn't want them all going to waste. And there's nothing more unpleasant in your food cupboard than eggs that have gone off after all!

The geniuses who decided to first make chocolate eggs have been traced back to either Germany or France in the early 19th century, though there isn't a specific person who has claimed the honour. The wonderful idea soon spread to the UK in 1873 with J.S. Fry & Sons taking the lead and making them to sell, and the rest is history... 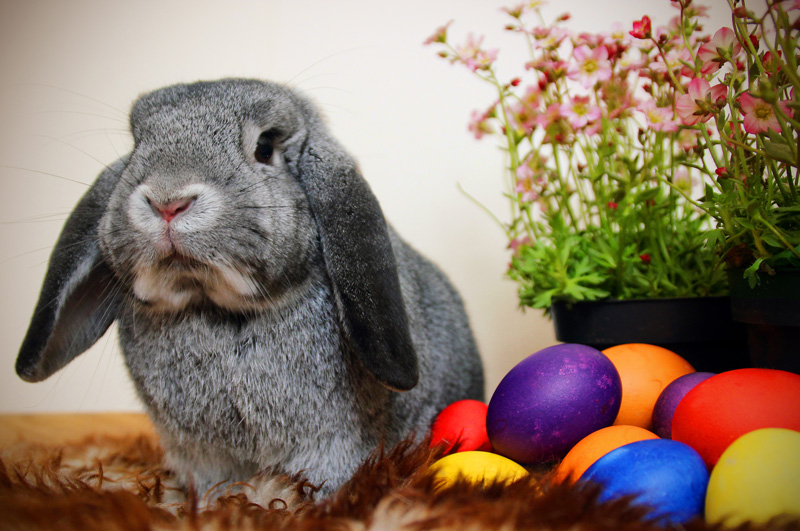 The Easter Bunny is to Easter what Santa Claus is to Christmas, but without the reindeer. Delivering chocolate eggs, the Easter Bunny brings a lot of happiness to many people!

As well as eating eggs, usually delivered by the Easter Bunny, (an animal symbol of fertility), there are plenty of other fun things that people do with eggs at Easter. They are apparently not just for eating!

There’s nothing more fun than going on an Easter egg hunt when you’re a child and finding lots of eggs hidden around the house and garden. Historically, the hidden eggs would be painted bird or chicken eggs and when they were found, people would break them over each other’s heads. Fun for those who managed to avoid getting cracked on the head, but perhaps not so much for those who did! These days, they’re usually made of chocolate and eaten, so much more welcome. 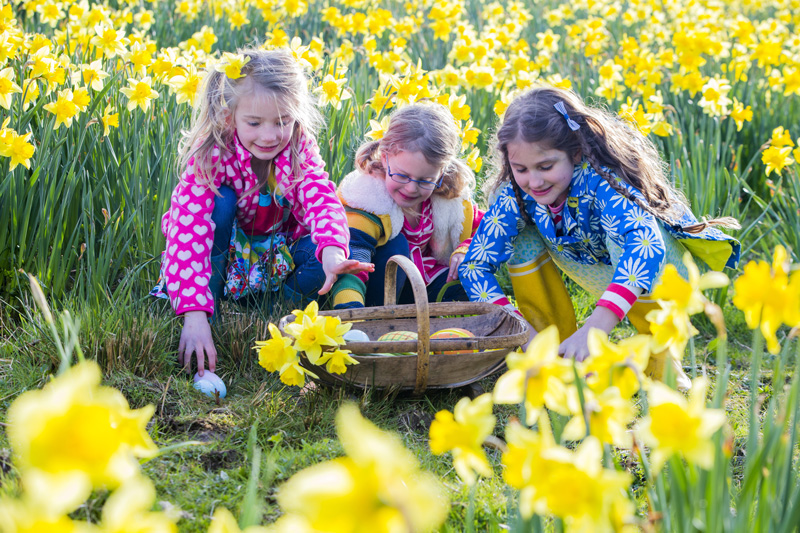 There's nothing more exciting than going on an Easter egg hunt when you're a child and trying to find the most eggs. These are sometimes decorated eggs hidden around the house and garden, but there might be a chocolate egg or two as well.

Egg rolling is an old tradition that is still going strong today. Hard boiled, decorated eggs are rolled down a hill or pushed along the ground using a spoon, and there are even competitions for it. The President of the United States holds the most famous Easter Egg Roll every year for children on the lawn at the White House. 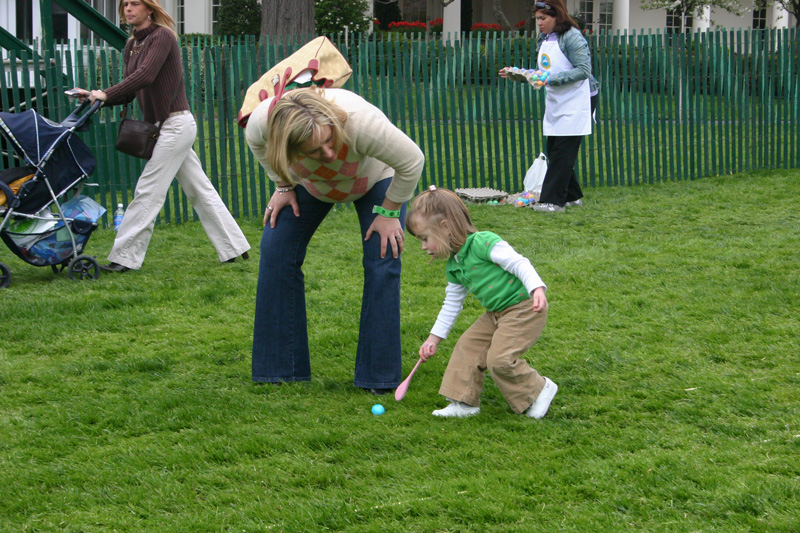 As well as eating, hunting and decorating eggs, another fun tradition is egg rolling. So, boil an egg, decorate it and head out to the nearest hill with all your friends to see who has the fastest egg. 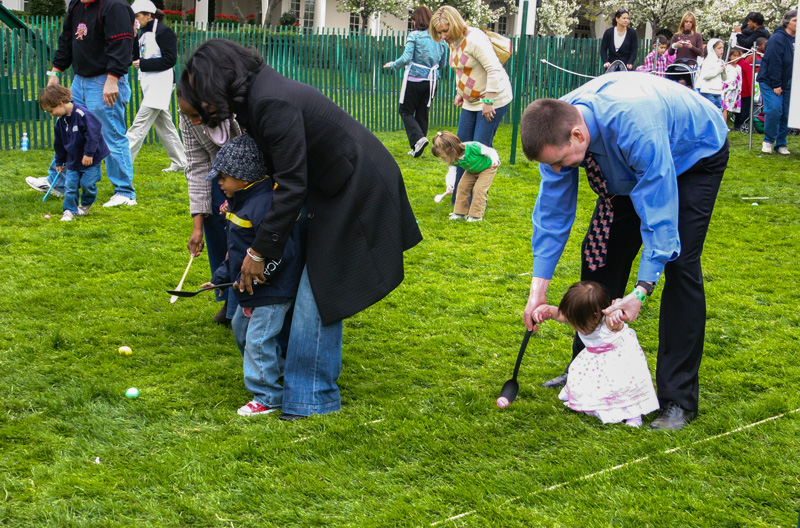 One of the biggest Easter egg rolling competitions takes place on the lawn of the White House. However, competitors are required to be under 13 years of age, so bad luck if you don't make the cut.

You may not have heard of the wonderfully British tradition of egg jarping, because it is a little unique. For those out of the loop, it involves two competitors smashing their hard boiled eggs together, and whichever egg survives without cracking is the winner. The World Jarping Championships are held each Easter in Durham and that sounds like it would be a pretty interesting sight to see. 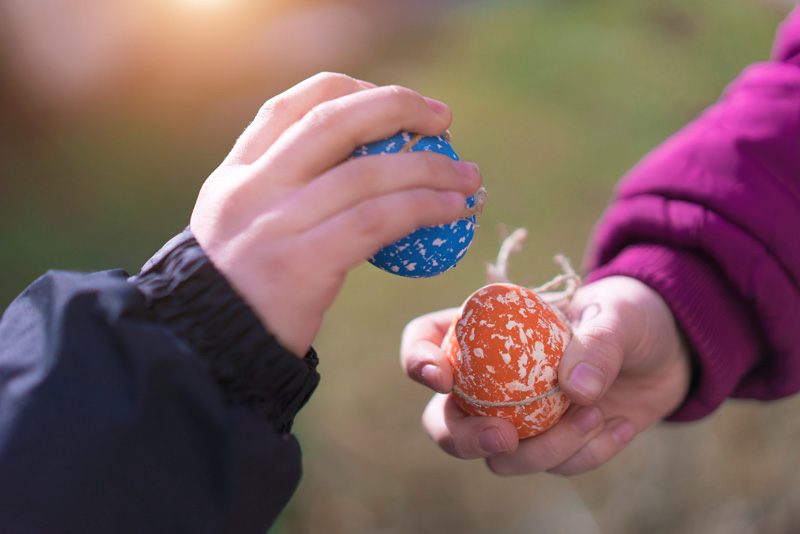 Jarping - or egg tapping - is one of those Easter traditions that you may not have heard of. However, the UK hosts the World Jarping Championships every year, so it is a pretty big deal.

There are plenty of other unique Easter traditions from around the world, here’s a few of the most interesting ones:

The Greeks really love smashing things, though their tradition of pot smashing is a rather odd one. At Easter in Cyprus, when the church bells ring out to signal the end of morning mass, locals throw ceramic pots and pans out of their windows.

It is meant to symbolise the new crops that will be grown, in brand new pots, that coming spring - so it is for good luck. It’s probably best if you stay off the streets during this particular event, but it seems like it could be great fun to take part in. 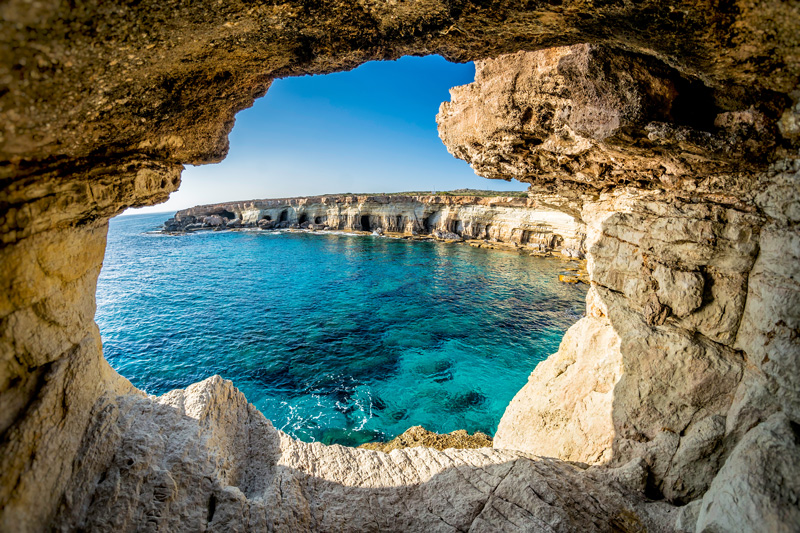 If pot smashing isn't your thing, leave it to the locals. Instead, head out to relax on a beautiful Greek beach, such as this one in Cyprus, to soak up the sun and relax.

If you thought pot smashing was a little out there, then Sprinkling might really make you raise your eyebrows. Historically in Hungary - and hopefully with permission - men poured buckets of water over women’s heads at Easter. It was said to be a cleansing ritual to promote fertility, and an opportunity for them to find a wife.

These days, rather than a soaking, men tend to sprinkle perfume or cologne over women's heads instead, while reciting a special poem - these vary from the traditional to the rather cheeky, depending on how much of a gentleman the male in question is. In exchange for the man’s efforts with the poem, he is given eggs, sweets or alcoholic drinks as gifts. A fair exchange would you say? 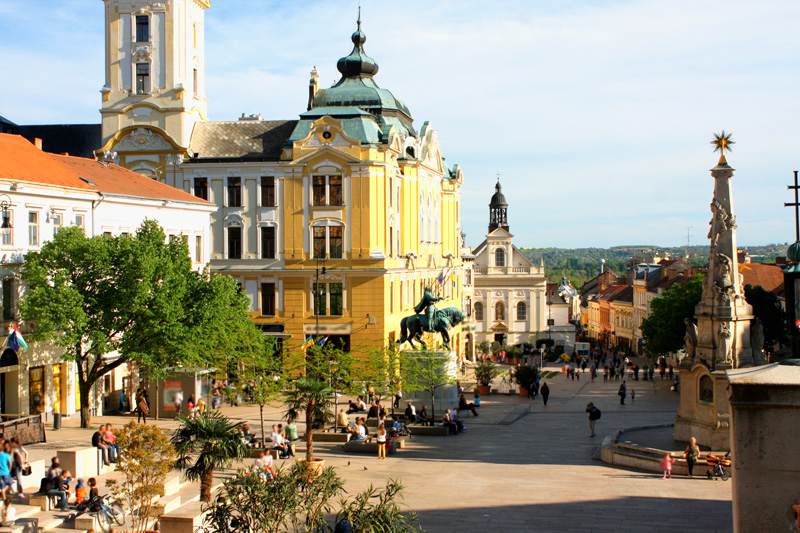 If you'd rather not experience Hungary's Easter tradition of Sprinkling, then you can always take in Hungary's beautiful landscapes around Lake Balaton if you find yourself staying here over Easter - or any time!

In Sweden and some parts of Finland, Halloween seems to have taken over Easter with an event called Easter Witches. Children dress up as witches and go door to door giving out painted eggs or drawings in the hope of being rewarded with sweets. This tradition came about from an old folk tale where it was said that on the Thursday before Easter, witches flew on their broomsticks to the mountains to spend time with Satan. Delightful. 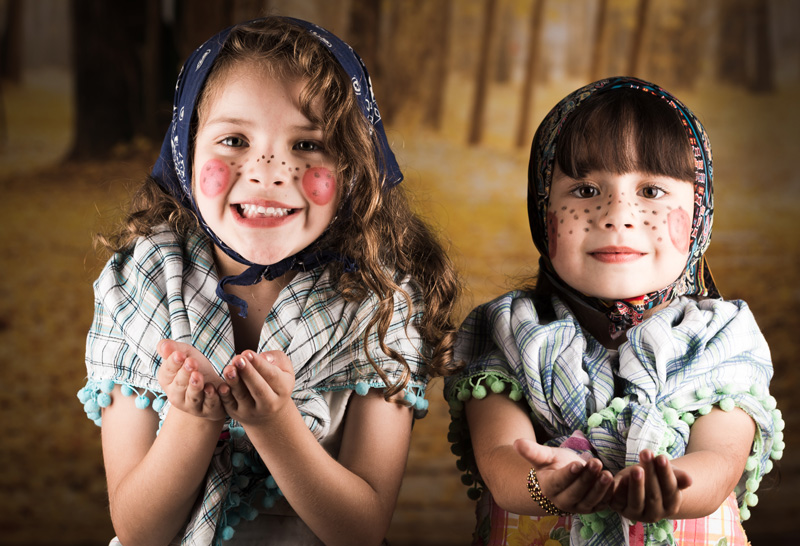 Sweden seems to have got Easter confused with Halloween if its traditions are anything to go by. Inspired by quite a terrifying tale, children dress up as witches at Easter and knock on doors hoping to receive sweets.

So, however you celebrate Easter - eating lots of chocolate, engaging in religious traditions, or even going on holiday, have a fabulous time, however you choose to mark the occasion.

If you’re a member of RCI, see where your membership could take you and your family and take some time out to browse the RCI Resort Directory.

If you own timeshare and you're not an RCI member, but want to be, you can Join RCI in a few simple steps…