As we approach the fourth Thursday of November - 22 November - we wish all our American friends a very happy Thanksgiving. To celebrate the occasion, it seemed fitting to look back on some memorable holidays in the US and to highlight one particular trip to Texas, where we discovered several impressive art collections.

When you think of Texas, do you picture cowboys and cattle drives? Or perhaps the idyllic Gulf Coast beaches and the islands between Galveston and Brownsville spring to mind? Our family discovered this beautiful coast as a winter getaway back in my grandparents’ day, but on a recent trip I explored another side to South Texas that revealed this region to be an unexpected art capital. 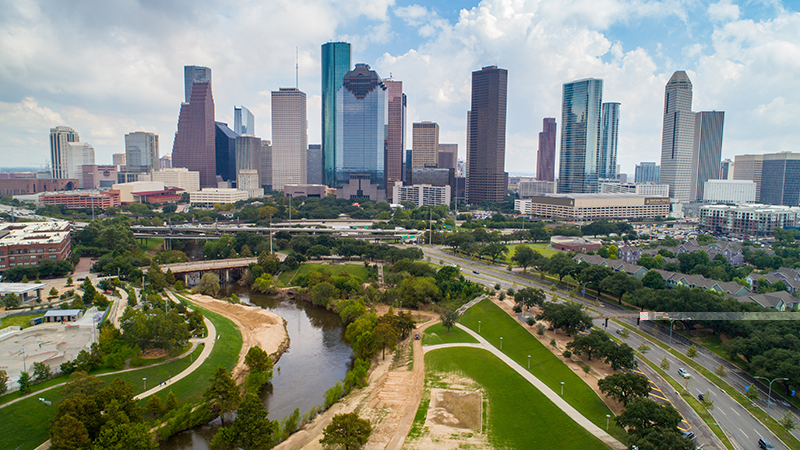 Houston, Austin and San Antonio are less than three hours apart from each other and yet, together, these three cities form what Donna likes to call the Texas Art Triangle. Cistern at Buffalo Bayou Park is one of Houston's newest exhibition centres - Houston is nicknamed 'the Bayou City' because Buffalo Bayou, pictured, is one of the largest of 22 slow-moving waterways that run through the metro area and beyond.

Houston, a convenient gateway for international flights, was the logical launch point for my journey. From here, the cities of Austin and San Antonio are less than three hours apart from each other, with easy drives along interstate highways. Together these three cities form what I call the Texas Art Triangle, each one being a vertex of delightful art and culture.

My first stop was Houston’s newest exhibition space, the Cistern at Buffalo Bayou Park. Houston is nicknamed 'the Bayou City', and Buffalo Bayou is the largest of the 22 slow-moving waterways that run through the metro area and beyond.

The Cistern was built in 1926 as an underground reservoir for drinking water. After decades of use, it developed an irreparable leak and was decommissioned in 2007. Ten years later, it was transformed into a fascinating stage for changing art installations by international artists.

Inside, the circular Cistern is cool, dark and humid. From the walkway that circles the perimeter, I peered into a sea of 221 slim, concrete columns rising to the roof and enhancing the crypt-like atmosphere. The building is more than 8,000 square metres or, in American measurement, the size of one-and-a-half football fields. Let out a holler, and it will echo for 17 seconds.

Though it once held 15 million gallons of water, the Cistern’s liquid depth is now reduced to a mere 160mm. Still, it’s enough to create stunning reflections of light and colour as abstract video creations are projected into this amazing space. The mesmerising sound and light show left me dazzled. 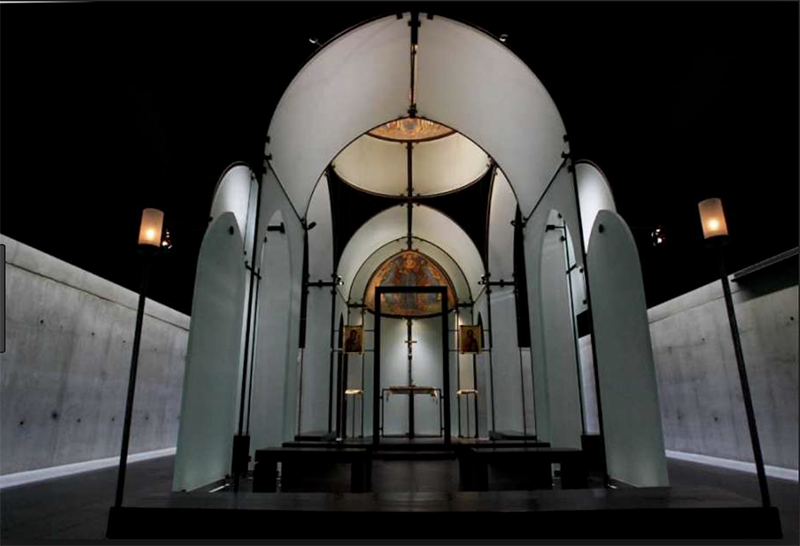 The Menil Collection is housed in a simple, low-slung building, designed by Renzo Piano. Its warren of airy, intimate rooms displays many of the leading names in modern art. 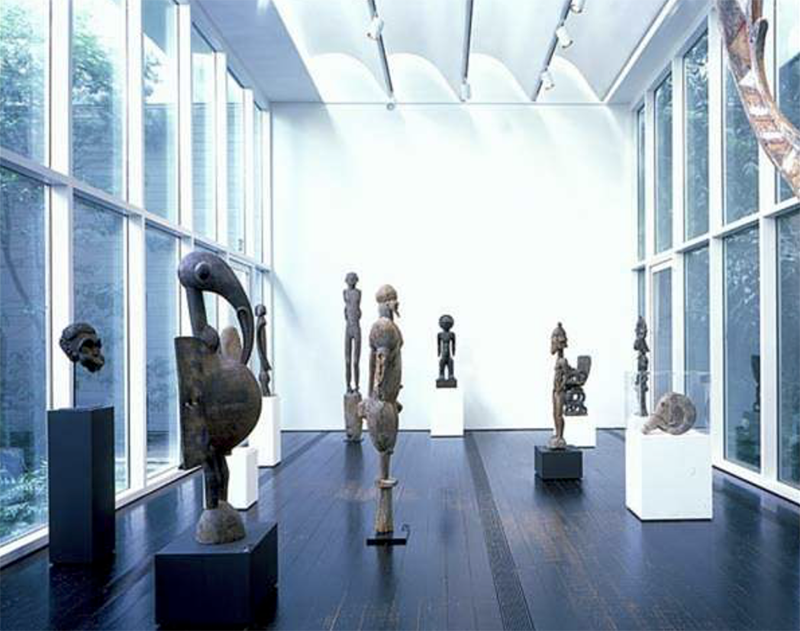 With 17,000 paintings, sculptures, drawings and more, the Menil is one of the leading private art collections of the 20th century.

In contrast to this architectural gem, The Museum of Fine Arts, Houston is one of the largest art museums in the country. Located in the Museum District, it contains more than 63,000 works of art.

On my brief visit, I barely scratched the surface. The main collections, which range from African, Egyptian and Latin American antiquities to paintings, sculptures and photography from around the world, are spread over two buildings, with a third due to open in 2019. There is also a sculpture garden. Before you go, it’s worth perusing the museum’s collections online (www.mfah.org) to find your favourites and check out the current exhibitions. The Contemporary Arts Museum is a short walk away.

If you’ve only got time to visit one art museum in Houston, make it the Menil. With 17,000 paintings, sculptures, drawings and more, it is one of the leading private collections of the 20th century. It was created by John and Dominique de Menil, who fled Paris in 1941 and became avid collectors, holding lively arts salons in their new home in Houston.

A short drive north of the Museum District, the Menil Collection is housed in a simple, low-slung building, designed by Renzo Piano. Its warren of airy, intimate rooms displays many of the leading names in modern art. The Menil is renowned for its outstanding group of Surrealist works, holding the largest collection of Magritte's works outside of Belgium, and the largest collection of works by Max Ernst in the world.

Contemporary and pop artists, such as Andy Warhol, are also well represented. In contrast, other rooms are devoted to small but exquisite collections ranging from antiquities, to tribal arts from Africa, Oceania and the Pacific Northwest.

As I wandered from room to room, I saw none of the lengthy, explanatory wall text that most museums use. There were only simple labels and guides. The Menils wanted people to focus on the pictures, with no barriers between the viewer and the art. In keeping with this mission, entry to the museum is free.

The Menil campus covers 30 acres, including satellite galleries and a Byzantine Fresco Chapel. The founders had envisioned a neighbourhood of art, apparent as I strolled through Menil Park, with its shady live oaks and quaint grey bungalows, two of which house a bookstore and bistro. At the far end, the Rothko Chapel, hung with giant canvasses by Mark Rothko, provided a peaceful, meditative space to reflect on all that I had seen. 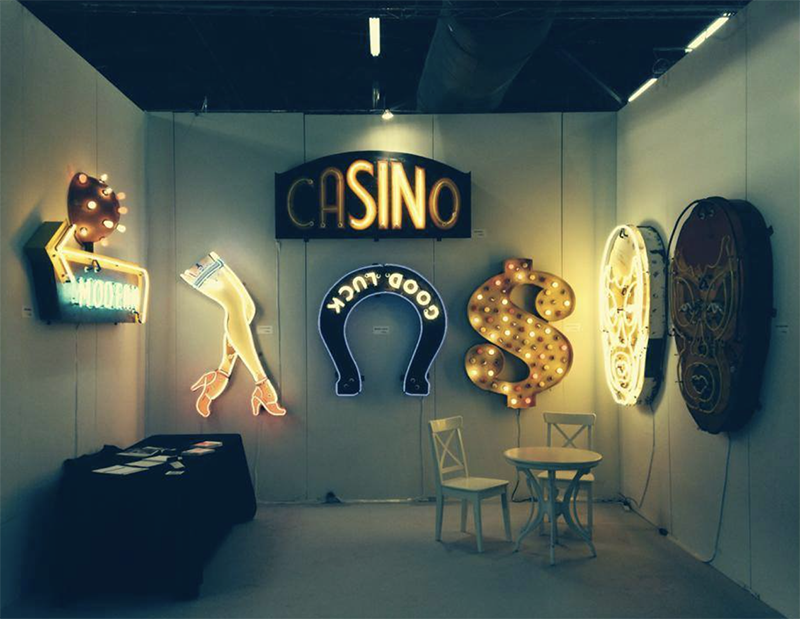 Roadhouse Relics, the studio and gallery of neon artist Todd Sanders, is an interesting place. He creates vintage-style signs and artworks that hark back to the neon heyday of the 1930s and ‘40s.

Murals and neon art in Austin

If Houston is a home to international art, Austin is the capital of quirky. Best known as a top US music city, the Texas capital, about 160 miles west, celebrates art with its own creative palette.

The city’s premier art venue is The Contemporary Austin. It has two locations: the lakeside Laguna Gloria with its sculpture garden and Italianate-style villa, and the downtown Jones Center. The latter is a striking space for changing exhibitions of contemporary art, with large galleries and a rooftop event space.

After a quick visit, I headed across the river to South 1st Street and Roadhouse Relics, the studio and gallery of neon artist Todd Sanders. In this surprisingly small building - a former fruit stand - Sanders creates vintage-style signs and artworks that hark back to the neon heyday of the 1930s and ‘40s.

“I always wanted to be a fine artist as a kid, but got talked out of it,” Sanders told me. “On a spring break road trip in 1990, I took a wrong turn, came into Austin and felt the vibe.”

After seeing neon signs around the city, he quit college, moved here, and apprenticed at a neon sign maker to learn the craft. Now, his original creations sell to filmmakers, musicians and movie stars for thousands of dollars.

Sanders’ studio is itself a charming slice of Americana. Twenty years ago, he painted the retro-style 'Welcome to Austin' mural on the side of the building. It soon became a city landmark.

In fact, there are dozens of colourful murals splashed on walls throughout the city. A few blocks away, on South Congress Avenue, I posed with my husband beneath another obligatory landmark, the 'i love you so much' mural outside Jo’s Coffee. 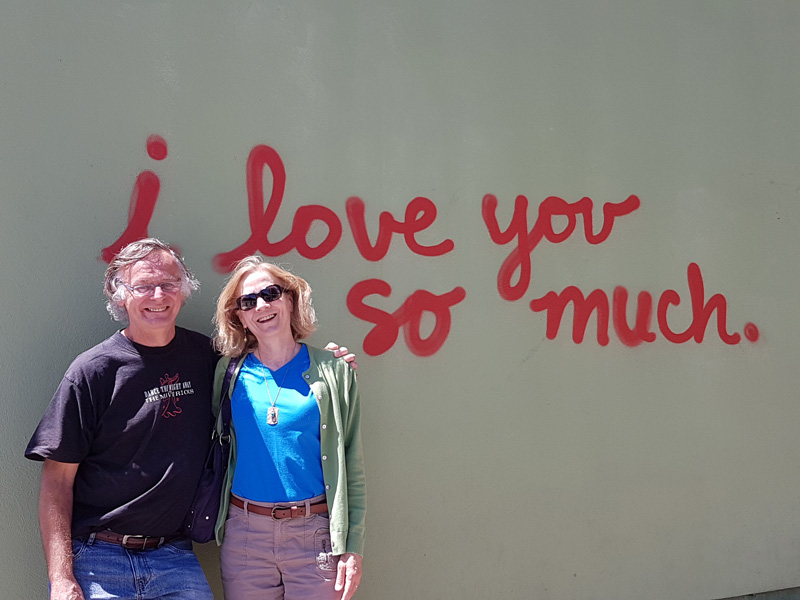 Donna and her husband pose under one of many iconic landmark wall murals in Austin, Texas, which is something of an art capital in the US.

South Congress is one of Austin’s most enjoyable neighbourhoods. Along the street is the Continental Club, a popular music venue, as well as restaurants, galleries and quirky, one-of-a-kind shops. I browsed the antiques in Uncommon Objects and nabbed some funky earrings in Parts and Labor. But my best Texas souvenir was a pair of Old Gringos from Allens Boots. With thousands of cowboy boots on display in classic and intricately handcrafted styles, this store is the matchmaker for finding the perfect pair. 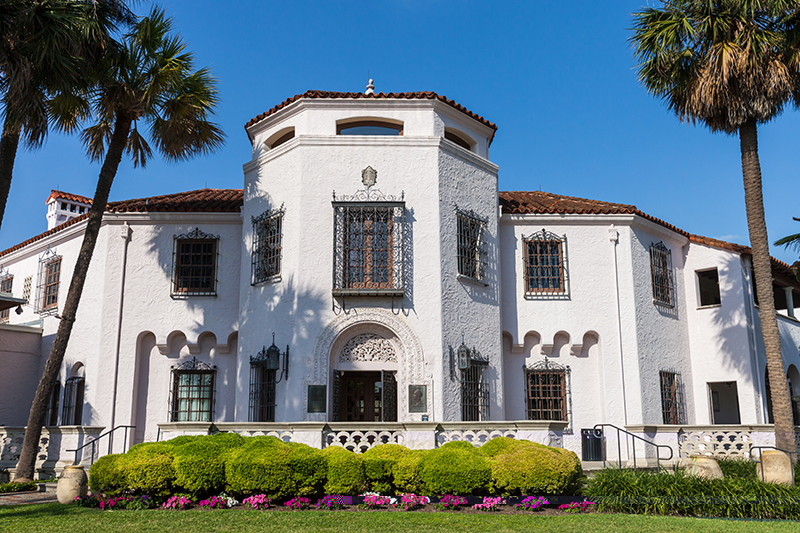 The San Antonio Museum of Art is one of the finest in the Southwest. The art of the Americas is highlighted here, with strong displays of pre-Columbian and Spanish Colonial art.

San Antonio’s art of the Americas

Suitably booted, I headed 80 miles south to San Antonio, with its vibrant blend of Hispanic and Anglo culture. I sometimes think of this city as one big, living art gallery, where its historic Alamo and Spanish missions, its flamboyant fiestas and delightful River Walk are proudly on display. It also contains some cracking art museums.

Set in the former Lone Star Brewery, the San Antonio Museum of Art is one of the finest in the Southwest. The art of the Americas is highlighted here, with strong displays of pre-Columbian and Spanish Colonial art. I especially loved the bright and often whimsical collections of Latin American Folk Art, for which it’s especially renowned.

The museum also holds leading collections of art from Asia and the ancient Mediterranean, as well as American and European paintings, sculptures and photography. 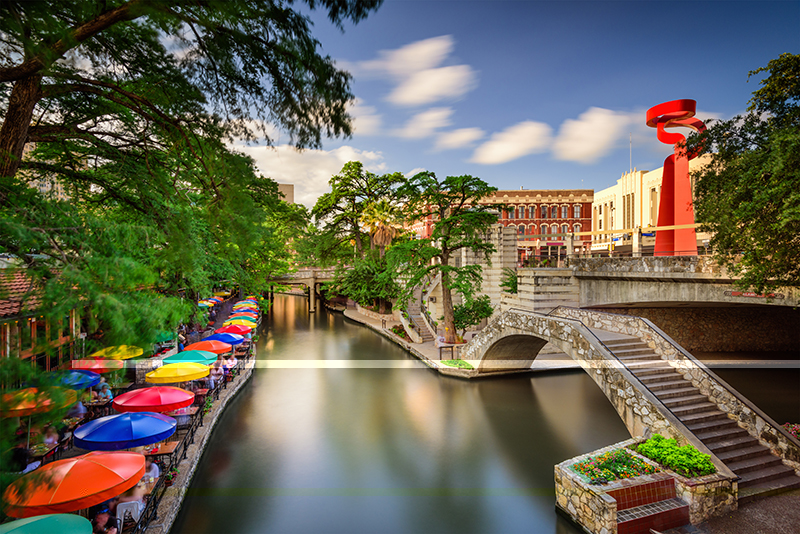 The River Walk is just a small part of the colourful and vibrant life of San Antonio, largely shaped by both Hispanic and Anglo cultures.

Further north, beyond the River Walk, is the equally impressive McNay Art Museum. Housed in the Spanish Colonial Revival mansion built by its founder, Marion Koogler McNay, it focuses on Modern European and American art, including works from the Impressionists, Picasso, Georgia O’Keeffe and Diego Rivera.

Since McNay’s bequest of 700 artworks in 1950, the museum’s holdings have more than tripled. It also features outstanding collections of Southwestern art, Theatre Arts, art glass and more. For me, however, the highlight of the visit was the beautiful courtyard garden, with its Spanish tiled staircase, flower beds and fountains.

In between the two, in Brackenridge Park, the Witte Museum promises 'Everything Texas and So Much More'. This is a good option if you’re travelling with children, as its exhibits range from dinosaur bones and wildlife dioramas, to historical exhibits and Texas art.

Cowgirl boots aside, one of my favourite San Antonio museums turned out to be the Briscoe Western Art Museum. It stands along the central loop of the River Walk, housed in a handsome, historic Art-Deco building. Among its exhibits, spread over three floors, are an intricate model of the Battle of The Alamo, a Pancho Villa saddle, western sculptures by Frederic Remington and works by the Taos Society of Artists. Contemporary western artists are featured in changing exhibitions.

Each of these engaging cities offered much more to see, but it was time to head back to the coast. The beach was calling, and when I got there it was all the sweeter for having ventured beyond the sand and sea, deep into the art of Texas.

If you are an RCI member and would like to enjoy a holiday in Texas, enjoying all the home-from-home comforts timeshare accommodation gives you, there are 60 resorts available to RCI members. To book, visit the RCI Resort Directory below to start your accommodation search.

If you own timeshare, but are not a member of RCI, you are missing out on a great-value way to travel the world and holiday in places you only ever dreamt of, as well as returning to some of your old favourites. To become part of the RCI Holiday Exchange community, click the Join RCI button below and sign up to RCI membership in just a few simple steps.

Top 10 Things To Do In Colorado – Away From The Slopes

Let the Music Move You – On Holiday!