Planning your next holiday is an exciting event, if you allow yourself plenty of time to research where you want to go. That way, if you are an RCI member, you can maximise all your options by getting the best trading power for your exchange holiday. Early holiday planning also means you are able to choose from a wider range of flights at the right prices.

It is worth investing a few hours each week to look at all the amazing things you could be doing in wonderful destinations around the world... And remember, RCI’s ongoing search means that we do the searching to find the perfect exchange holiday match for you.

Suffering from holiday inspiration block? Here are the top four destinations RCI staff have been inspired to visit next year. Already been there, and done that? Well read on, as we bring you fresh ideas on some old favourites.

The family one… Orlando, Florida

Done with the theme parks? It happens to the best of us. But it doesn’t mean Orlando suddenly has to lose its enchantment. There are some local attractions with their own off-the-beaten-track charm and appeal, making them ideal for Orlando holiday veterans.

Boggy Creek Airboat Rides has been offering tours of Lake Tohopekaliga for more than 24 years, giving visitors a rare glimpse of alligators and bird life in their natural habitat.

The loud hum of gliding across the water at speed takes care of the petrol heads, while younger ones can get caught up in an elaborate game of 'I Spy' as they try to spot the beady eyes of the gators basking in the long grasses. Visit before 10:00 for the best chance of spotting the predators and to avoid the heat. 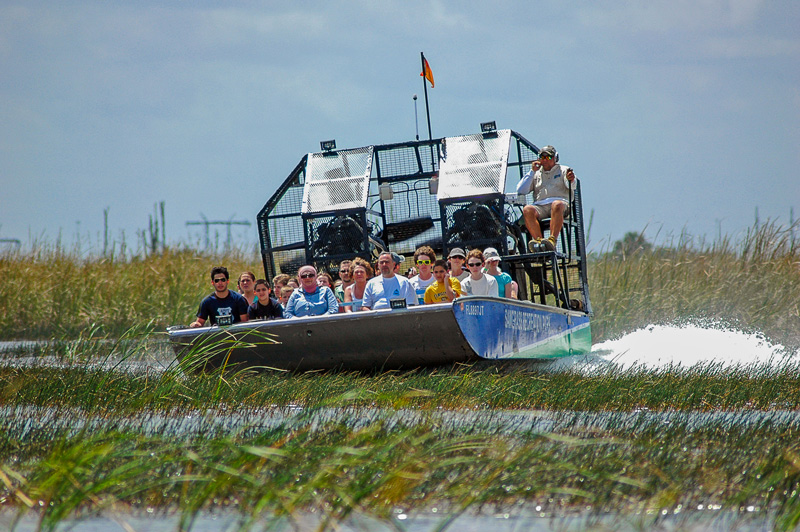 Visitors of Boggy Creek Airboat Rides are offered a rare glimpse of the abundant wildlife in their natural habitat in Florida.

Back on land, there’s an authentic Native American Village featuring traditional chickee huts and hand-made artefacts. A member of the Big Mountain Native American family educates visitors about the life of the hunter-gatherer tribes in the Central Florida region in a fun and engaging way. It’s truly fascinating, and a refreshing alternative to Mickey Mouse.

Orlando isn’t immediately one of those destinations you would think you might end up joining a helicopter ride, but to get a real perspective of the epic proportions of the parks, you certainly need a bird’s eye view - and your feet will no doubt thank you for skipping a long walk through the parks!

A number of flight providers line the US-192, and tour options include individual theme parks, or you can opt for the granddaddy of them all with a Grand Park Adventure Tour which covers them all off. Or, for an evening spectacular, pre-book an evening tour to view the magical EPCOT fireworks. 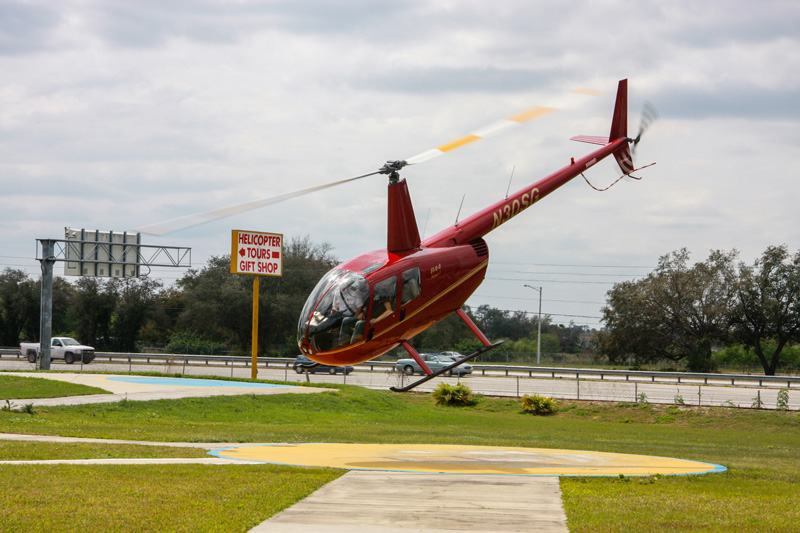 Get a bird's eye view of Orlando from the air with a helicopter ride and see the parks like never before.

But who said the theme parks were just for the little ones? Why not enjoy an around the world drinking tour at EPCOT. Start in Mexico with a frozen mango, strawberry or lime margarita to cool off, and finish off with a refreshing La Fin du Monde beer, otherwise known as ‘The End of the World’.

Of course, if alcoholic libations are not your thing, the annual Food and Drink festival, held from August to November, is the perfect event to expand your culinary skills as you get to watch live celebrity chef demonstrations, workshops and seminars. 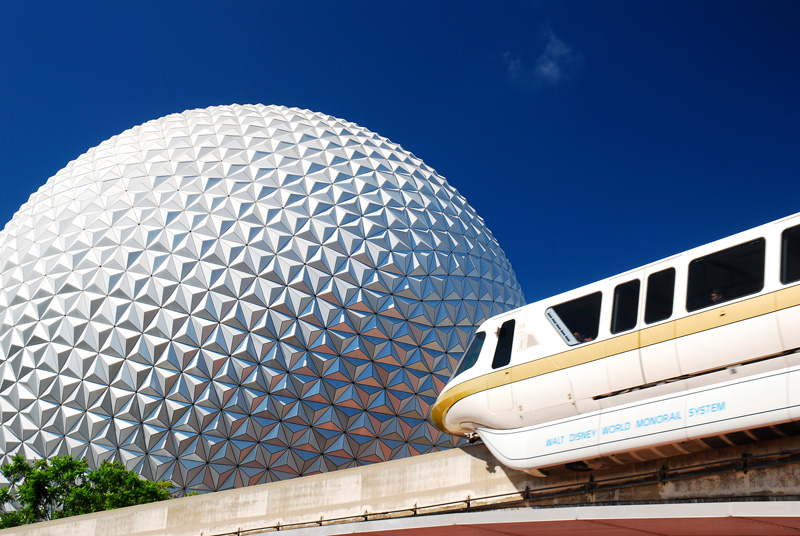 Travel the globe in a day at EPCOT, bringing your trip to a close at 'The End Of The World'.

The romantic one… Paphos, Cyprus

You may instantly equate the Cypriot island of Paphos with sun-kissed beaches - the island is blessed with 300 days of sunshine a year - heritage and history. They are of course, essential experiences on your first visit, but the island is also chock full of things to do, whatever your inclination, as well as being particularly well suited to couples.

Start out with historical sites, such as the Tomb of the Kings. The monumental underground necropolis is a UNESCO World Heritage Site and was the burial site of aristocracy since the 3rd century BC. 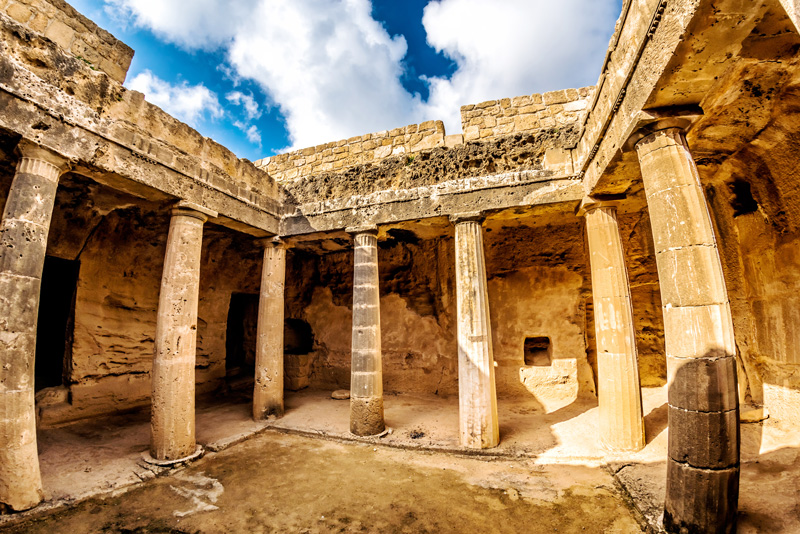 The Tomb of the Kings is a UNESCO World Heritage Site and an insightful alternative to the beach experience in Paphos.

While it may not seem overly romantic, it’s not as sombre as you might think. The tombs are heavily influenced by ancient Egyptian tradition, and so the site actually resembles houses for the living. Put on your best walking shoes and let your imagination run wild with the mystery and intrigue of how this place once appeared.

Then it’s time to switch key and head for a secluded mountain village. Omodos is perfect if you don’t fancy a long winding drive. It’s under an hour from Paphos, and is well-known for its wine, traditional crochet and lace making, as well as carob bakeries. 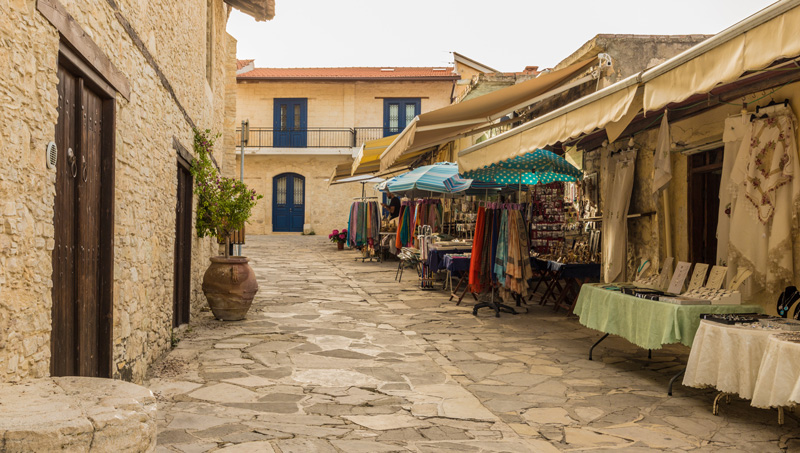 The little mountain village of Omodos is easily accessible from Paphos and is a particularly picturesque must-see.

Stroll around the quaint cobblestone walkways lined with pretty village dwellings and artisan shops, before visiting a patisserie to sample a carob-infused treat. Carob is similar to cocoa, and you can try out some of the chocolate-like desserts and pastries at the highly-recommended George’s Daughter and Son Patisserie.

If you’re holding out for an early dinner, the village’s family-owned and run Yianni’s Restaurant and Wine Bar is a fabulous foodie find. Opt for the traditional meze which will set you back a modest €20 per person at most for a veritable feast, and the lineup includes orzo pasta cooked in truffle oil and oregano bread. It’s a fabulous way to acquaint yourself with fresh produce from the family’s own vineyards, fruit orchards and market gardens. 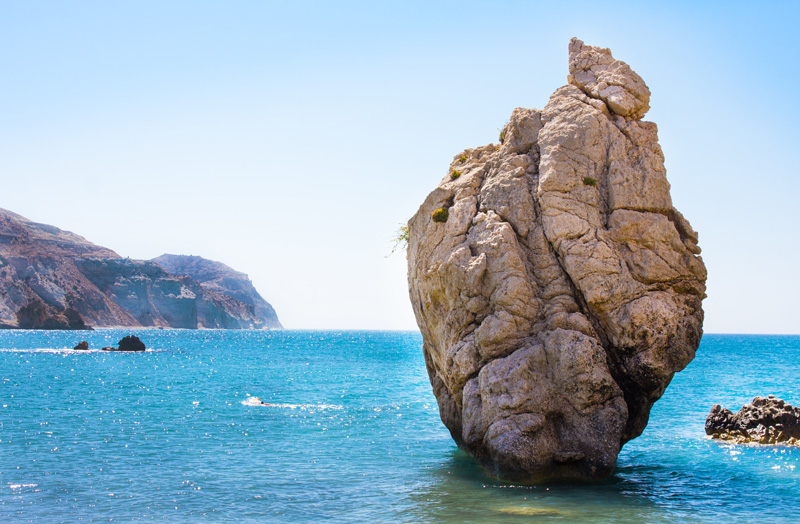 One sight that you don't want to forget your camera for is Aphrodite's Rock.

Born romantics should finish off with a sunset at Aphrodite’s Rock, a little over a 20-minute drive from the centre of Paphos.

The sea stacks - believed to be the birthplace of the Goddess of Love - rest off a pebble beach shoreline. Bring your swimwear and bathe in the azure waters, while soaking up the myths of the surrounding location.

Legend has it that Aphrodite rose from the waves and floated to shore on a scalloped shell. If you swim around the rocks three times it is said to bring you eternal youth, good luck, beauty, fertility and true love.

Northern Italy couldn’t be further removed from the sunshine and city sights typical of Italy’s treasured cities and coastal gems. The city of Trento is considered one of the countries richest cities and with such an extensive history it’s not hard to see why.

With a plethora of stunning museums and art galleries, as well as historical sites, if you are a bit of a culture vulture, than Italy will be a top choice for your next holiday getaway.

You will be immersed in history with ancient buildings, such as Castello del Buonocnsiglio dating back to the 13th century and formerly the residence of the rulers of Trento and surrounding regions, just waiting to be explored. 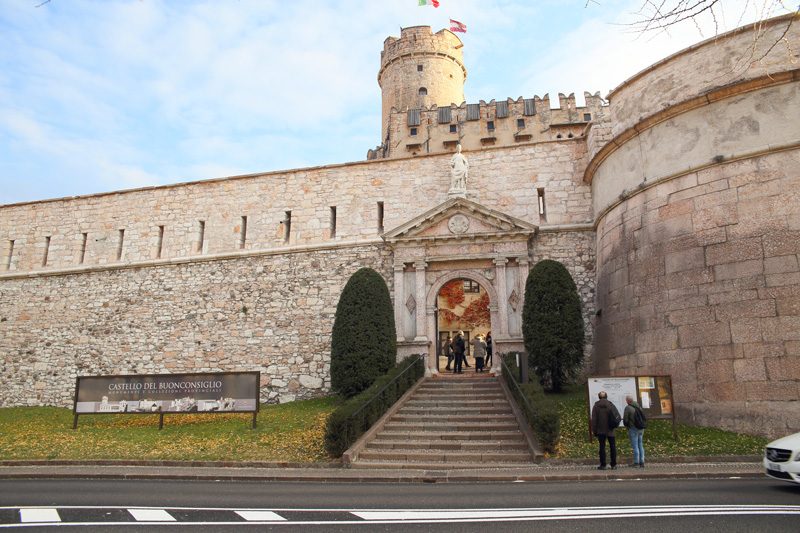 Sat between the valleys and surrounding mountains, Castello del Buonocnsiglio makes for a great day out.

Much of the castle's original stonework is retained, and the inner courtyards are a real highlight, with colourful frescoes and fascinating wall paintings.

In fact, as you tour the grounds, you’ll notice a contrast of several different architectural designs, from Baroque to Italian Renaissance, which have been added over time, adding to the charm of this regional treasure. Ascending to the top courtyard will be worth the effort for the views across the valleys and the surrounding mountains within which this city nestles. 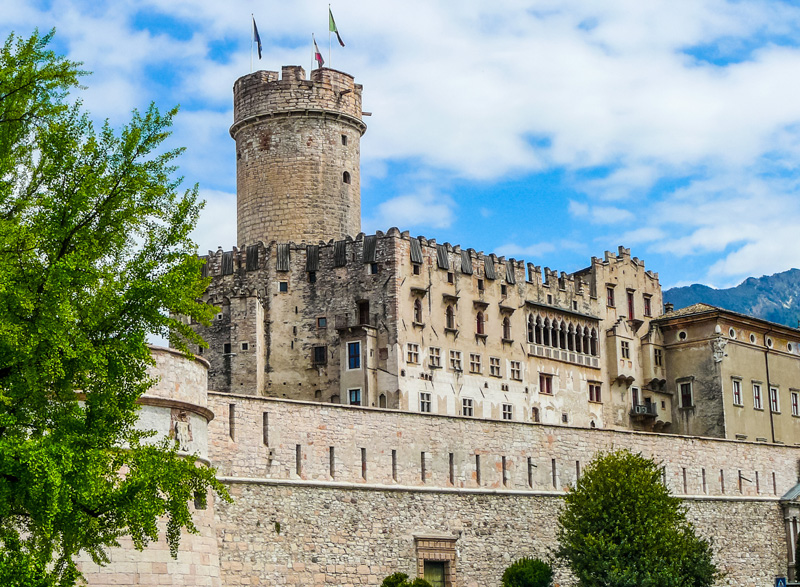 Castello del Buonocnsiglio dates back to the 13th century, and was formerly the residence of the ruler of Trento.

How low can you go? Well in Trento, very low, as it happens because underneath the city lies an ancient Roman town. Tridentum was constructed and inhabited during the first century BC, during the Roman conquest.

As it expanded it became an important military and trading post, and today you can view several excavations revealing parts of the original city wall and the innovative Roman roads. There are even the remains of several houses complete with mosaics, so if you’re looking for Roman history without the crowds of Rome or Pompeii, Trento is the next best thing.

Love to ramp things up with a little adventure? The impressive mountain range of Mount Paganella to the north-west of Trento is renowned for skiing, hiking and other outdoor pursuits, making it a year-round favourite.

The alternative traveller one... New York, US

The Statue of Liberty, Empire State Building, Central Park… The list goes on for top attractions in the Big Apple. If you’ve done them all before and want a bigger bite, you still have lots of options.

Broadway springs to mind as the place to be to catch a show, but the United Palace Theater - the fourth largest in Manhattan - is perhaps one of the most beautiful venues you’ll set eyes on in the city.

Opened during the Vaudeville heyday of the 1930s, the luxuriant reds, golds and velvet interiors make the experience feel all the more opulent, taking you back to the days when watching shows on the theatre circuit was reserved for the wealthy. Today, it’s a cultural and religious hub for locals, but it has also hosted major acts in the past, including recording artists Adele and Bob Dylan.

Sign up as a member with Untapped Cities to go behind the scenes and tour the venue, and marvel at the ornate details of the lobby and auditorium up close before touring the backstage areas. 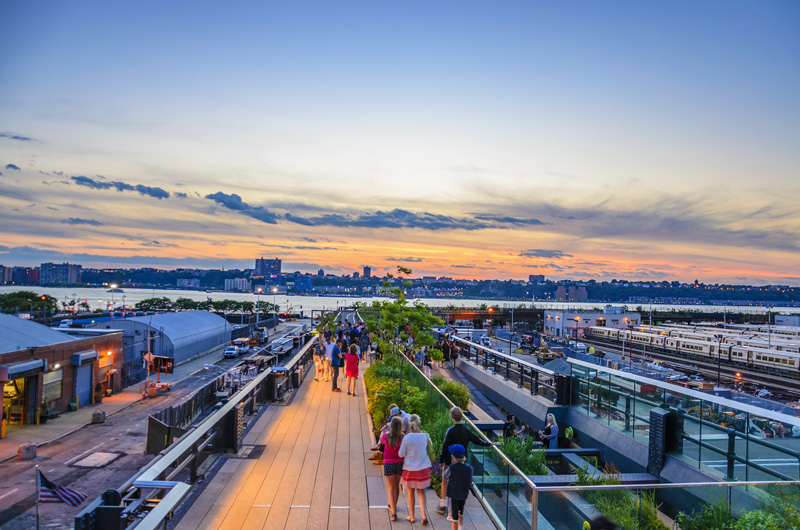 For a little escapism, the High Line - a former railway track - has been transformed into a green space and a cross-cultural hub.

The open park known as the New York High Line is just under 1.5 metres long, running from West 34th Street to Gansevoort Street, and is lined with fragrant flower beds. Wildlife tours, stargazing evenings, salsa and tai chi sessions bring the whole place to life for locals and tourists alike.

Elsewhere on the nature trail, the Brooklyn Botanic Garden is a mammoth 52 acres, crammed with beautiful flora and fauna, culminating in a Japanese water garden, complete with 200 cherry blossom trees which line the lake. Visit in April to witness them in full bloom and you'll see why the gardens have been voted one of the best locations to witness cherry blossom outside of Japan. 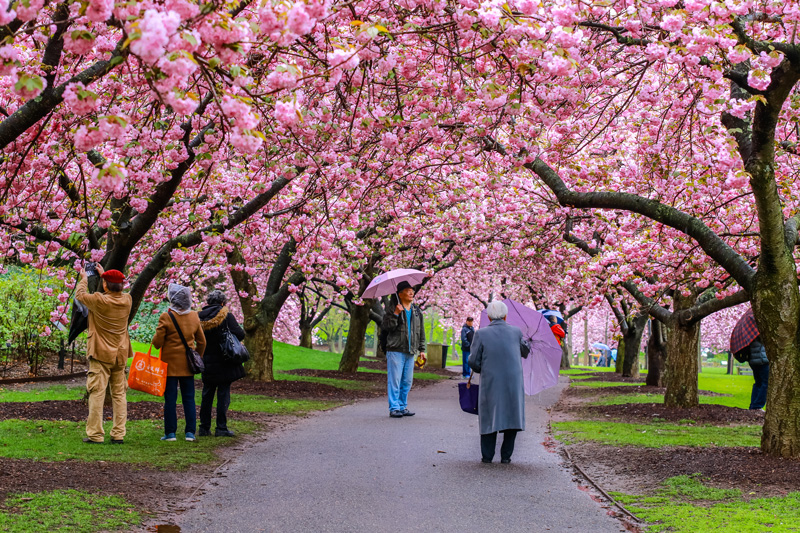 The 52-acre garden gives visitors a taste of the Orient with its cherry blossom trees in the heart of Brooklyn.

Other highlights include a tour of the abandoned City Hall Station, visits to the Museum of the American Gangster - set in a former speakeasy where Frank Sinatra once worked as a waiter, or foodies should choose from a bagel, cheesecake or pizza tour for a real taste of New York.

If you have been inspired by this taste of life in these unique destinations, visit the RCI Resort Directory to see where you could be staying during your next great adventure getaway.

If you own timeshare and are bored of going back to the same place each year, you should look at becoming an RCI member. You can swap your holiday for a selection of more than 4,000 others across the world, as well as gifting a stay in it to your family or friends if you are unable to use it yourself for whatever reason. Simply click on the button below to see how you could could join RCI's holiday swap community.

The Best Of Florida